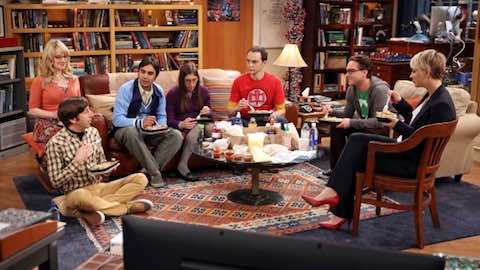 While the trials and tribulations of a group of young physicists may not sound like the ideal premise for a sitcom created for mass appeal, CBS' "The Big Bang Theory" is currently proving the opposite.

The show following Sheldon Cooper and his nerdy friends is arguably the most successful comedy show on TV since "Friends" left the screen in 2004. In fact, according to recent Nielsen data, "The Big Bang Theory" was the most popular primetime TV program in the United States this year.

With an average audience of 19.9 million viewers, the show which is currently in its tenth season even beat NBC's Sunday Night Football which on average attracted 19.2 million viewers in 2016.

This chart shows the average viewership of the most popular regularly scheduled primetime TV programs in the United States in 2016. 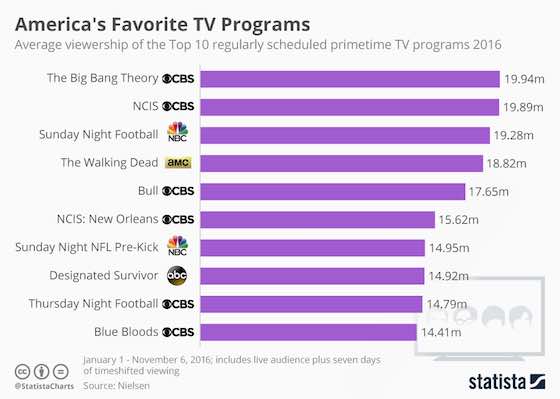