Striker Mario Balotelli scored twice in the first half as Italy continued its mastery over Germany with a 2-1 win to advance to the European Championship final for the first time since 2000 against defending champion Spain.

Balotelli unleashed a bullet header from five yards out in the 20th minute from a pass by Mario Cassano to stun the Germans, who dominated the early exchanges of the match.

The Manchester City striker added another 16 minutes later, scoring with a right-foot strike from 18 yards out uncontested to finish with a brace and snap the Germans' international record 15-game unbeaten streak.

Mezul Ozil scored on a last-minute penalty in injury time after Federico Balzaretti was whistled for a handball, but it was not enough to prevent Germany from suffering its first defeat in a competitive game since a World Cup semifinal loss to Spain in 2010.

"All I can say is that when you talk about Italy, everyone needs to be careful," Italy coach Cesare Prandelli told goal.com. "We played an extraordinary match. We displayed a model of fair play and attachment to this shirt."

With the loss, the Germans have yet to beat Italy in a competitive game. Previously, the Germans and Italians met seven times with the latter winning three times while four matches ended in draw.

The Italians will meet the Spaniards Sunday in a match between past two World Cup winners in Kiev, Ukraine. Their first encounter in Group C ended in a 1-1 draw.

The Italians, four-time World Cup champions, look to end a 44-year title drought at the European Championship as they last won the event in 1968. The Italians made it to the Euro final in 2000 but were beaten by France, 2-1.

"We're living a dream along with millions of Italians," Italy defender Giorgio Chiellini said. "We're going to enjoy this victory a little longer, then we'll think about Sunday, because we want to continue dreaming."

Andrea Barzagli of Italy and Mario Gomez of Germany tussle for the ball. (Photo by Alex Grimm/Getty Images) 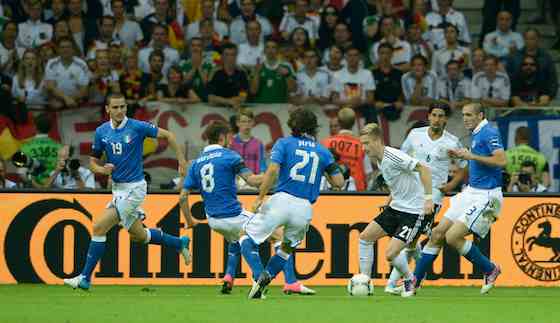 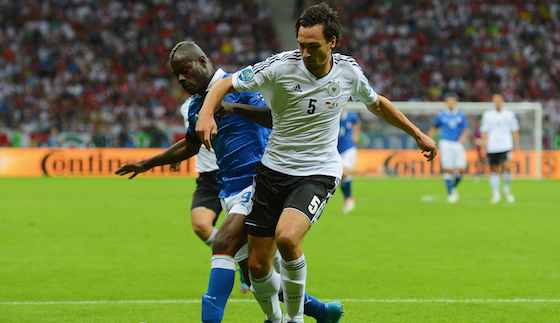 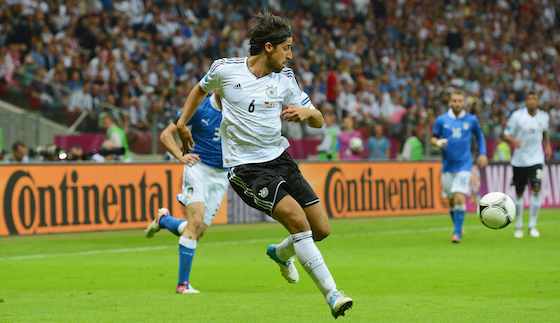 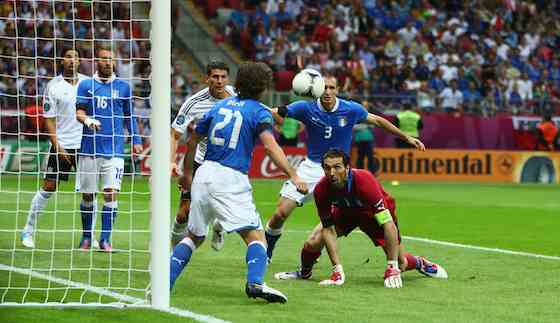 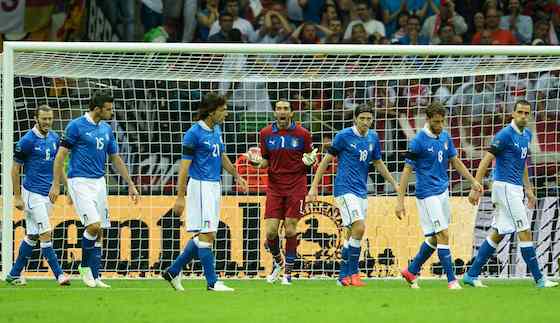 Italy extended their proud record of never having lost to Germany in a major finals when they claimed a 2-1 victory against Joachim Loew's side in their Euro 2012 semi-final in Warsaw on Thursday. German fans looked on in despair as striker Mario Balotelli struck twice booking the Azzurri a place in the final