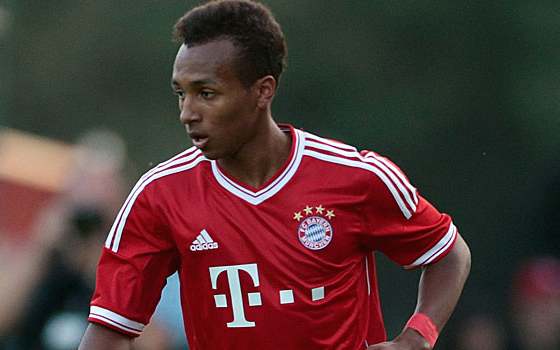 Bayern Munich striker Julian Green will join the United States' training camp ahead of its friendly against Mexico on April 2 at University of Phoenix Stadium in Arizona.

Coach Jurgen Klinsmann made the decision to include Green in camp after FIFA approved a change of nationality for the 18-year-old striker.

The rest of the U.S. roster is all based in North America. Green, along with Michael Orozco Fiscal and DaMarcus Beasley -- both of whom play for Mexican club Puebla -- are the only members who play outside of Major League Soccer.

The roster has a different look than the team that lost to Ukraine in a friendly earlier this month because the Mexico game does not fall on an international fixture date. That squad consisted almost entirely of European-based players with Clint Dempsey as the only player on the roster to face Mexico who also faced Ukraine.

Green is the only player looking for his first cap, while Luis Gil and DeAndre Yedlin have been invited to their second camp. Green had trained with the U.S. this month in Frankfurt, Germany, before the Americans' loss to Ukraine, but he wasn't yet eligible to play.

Maurice Edu returns to the national team for the first time since a draw against Mexico on March 26, 2013, at Estadio Azteca.

"Everyone knows the clock is ticking," Klinsmann said. "This is a huge opportunity for our players to show where they are at and to make their case. We expect them to give a really strong performance against a Mexican team that is now basically coming back on track. They need to prove now that they badly want to go to Brazil."

This is the first meeting between the rivals since the Americans' 2-0 win on Sept. 10, in which the U.S. booked its place in the World Cup.