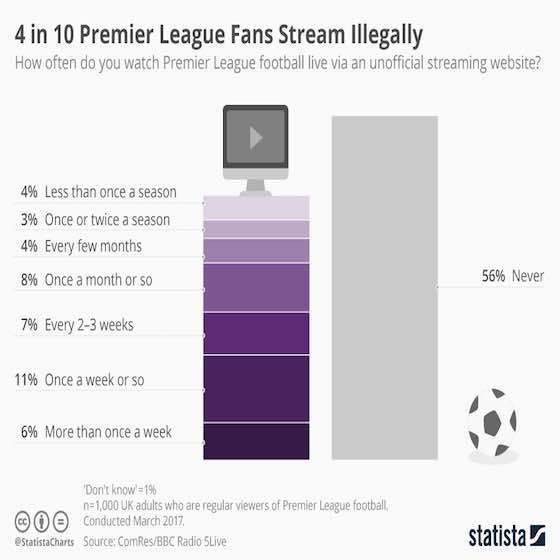 As TV rights revenues for the Premier League have soared in recent years - the current deal worth a total of 5.136 billion pounds over three years - so too have a the prices for fans to watch the games live on TV. A new survey by ComRes has shown that this may have led to a large number of fans turning to illegal streams to watch their clubs in action.

As the infographic above shows, 4 in 10 have streamed a match using an unofficial website at least once in the last season or so, with 11 percent saying they do this weekly.