How to Break Up Online 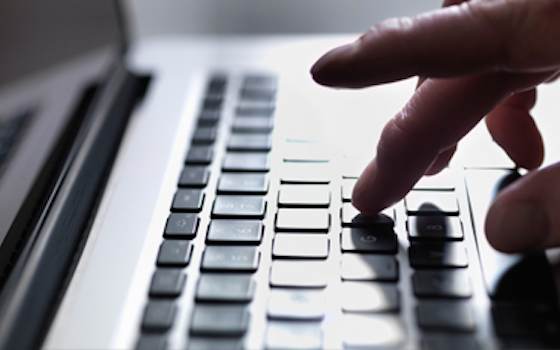 How to Break Up Online

Breakups have never been easy, but in the age of the Internet and social media it's harder than ever. Splitting up joint possessions with an ex is hard enough; extricating your digital life from theirs is even harder.

Harbinger, who coaches men on dating in Los Angeles, believes that you ought to wait at least a week before updating your social media to reflect your new single status. "[Updating your status too soon] shows that you have a checklist, which you want to avoid, even if you do have one."

Also, check out the KillSwitch app, for iOS and Android, which automates the removal of those sappy Facebook posts and photos of your ex from your account.

While Harbinger recommends strongly against joint social media and email accounts, he says that deactivating them is very important if you already have them. "Especially if you're getting password resets, cell phone bills or banking information sent to a joint account, it's very important that you deactivate them as soon as possible."

Even if you don't think your ex has your passwords, assume they do, Harbinger says. You should change your passwords regularly, of course, but it's especially important to change them right after you've had a breakup.

It's common for couples to have shared bank accounts. Harbinger believes that forgiveness is better than permission. "Deactivate the account right away," he says, adding that you should tell your ex, and inform them that you both can deal with it at a later date at the bank. "If you guys have ten grand saved together, you don't want your ex to drain the account." Deal with it later when cooler heads can prevail.

Harbinger is adamant: "If you two have a shared cell phone plan, the first thing you should do when you're done reading this article is get your plans separated." A vindictive ex can have your phone number changed, and you won't be able to get it back.

If you live together, Harbinger recommends that you change your mailing address to your work address for a small time. "If your credit card bills and other statements are arriving at your place, it's a good idea to get them sent to the office where your ex can't see them," he says.

Security and privacy don't end with just email and snail mail. "If you let [them] keep an iPad or other tablet because [they use] it more, make sure to wipe the memory," says Harbinger. Otherwise, you'll be giving your ex access to all your social media.

Breaking up is hard, but with a little attention to your privacy and security will ensure that it's not any harder than it needs to be.

Relationships - "How to Break Up Online"