What's Your Path To Retirement Happiness? 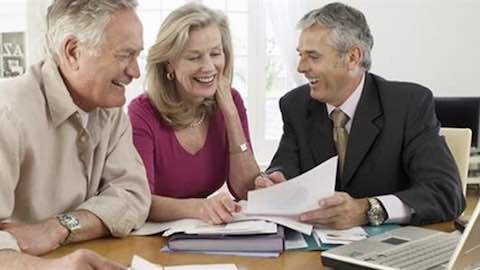 What's Your Path To Retirement Happiness?

(BPT) - Retirees have a message for people still working but wondering what life might be like once they retire: “Come on in, the water’s warm.” But they also say that it pays to plan, the earlier the better, because retirement might come sooner than you expect.

A recent study, sponsored by Massachusetts Mutual Life Insurance Company (MassMutual), found that approximately eight in 10 retirees are enjoying themselves in retirement, seven in 10 can afford a comfortable lifestyle, and two-thirds feel financially secure. The survey also indicated that few retirees characterize themselves as being bored, lonely or anxious, and nearly half (45 percent) retired sooner than they expected.

The research paints a positive picture of retiree lifestyles and adaptability. More importantly, it provides insights into the most important steps to take in preparing for a happy retirement.

“The study provides Americans with a roadmap for enjoying a happy, secure and fulfilling retirement,” says Elaine Sarsynski, executive vice president of MassMutual Retirement Services. “There was a clear distinction between what steps the happiest retirees took compared to those who were less fulfilled.”

Among the steps taken by the happiest retirees were the following:

* Calculated the best time to begin collecting Social Security benefits. The qualifying age for receiving full benefits is gradually moving to age 67, depending on your birthdate. The benefit is reduced for those who take it sooner. For those who wait, the benefit increases each year until age 70.

* Created a budget for their retirement income and expenses and made an effort to increase their savings at least five years before stopping work. The 2015 contribution limit for 401(k) plans and other employer-sponsored retirement plans is $18,000 plus an additional $6,000 for employees age 50 and older.

* Worked with a financial advisor. The overwhelming majority found their advisor to be helpful in preparing for retirement.

* Made new friends and/or re-connected with old friends before retiring. While it’s important for everyone to have a social network, it’s especially important for retirees.

“Whether retirement came as planned, late or early, the majority of today’s retirees will tell you that a happy, comfortable and secure retirement is an attainable goal,” Sarsynski says. “With common sense and planning, all of us can aspire to a fulfilling retirement reality.”