How Women Can Plan For Their Financial Futures 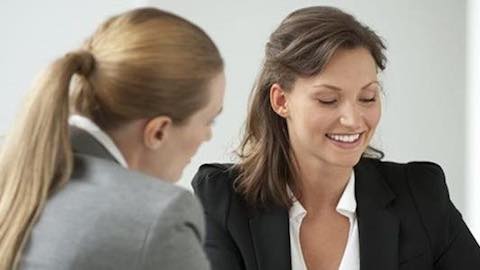 How Women Can Plan For Their Financial Futures

(BPT) - Are women more diligent savers than men? A 2014 study conducted by Fidelity Investments seems to suggest so. Fidelity’s research found that women saved more than men in their 401(k) plans, as of the year ending Sept. 30, 2014. This stems from the fact that women joined their employer’s retirement plans in greater numbers than their male counterparts.

Yet women still aren’t without their own financial hurdles. While the Bureau of Labor Statistics found that women are 33 percent more likely to earn a Bachelor’s Degree than men, they still earn 77 cents for every dollar their male colleagues take home, and that wage gap has been difficult to close. This is a key reason why it’s important to make every dollar count.

Regions Bank, one of the largest U.S. banks with 1,650 branches across 16 states, recently launched a Women and Wealth program dedicated to helping women learn more about personal finance and investing – particularly women in their 20s and 30s, given that they have decades of work and saving ahead of them.

It all begins with developing good savings habits. A general rule of thumb is to save 10 percent of your income, specifically in a tax-advantaged retirement account such as an employer’s 401(k) plan. Simplified Employee Pension (SEP-IRA) plans are available for the self-employed and come with a tax deduction that will help you owe less to Uncle Sam each year.

Of course, no one knows what the future will bring, which is why it’s important to have at least three months’ worth of savings in the event of an emergency. This will allow you to cover key expenses such as rent or mortgage, food and car payments, and more. It’s true that creating this nest egg takes time, so give yourself a solid eight to 12 months to accumulate this cash, and keep it somewhere safe such as a savings account or money market account.

Now, is it possible to be too concerned with safety? Unfortunately, the answer is yes. While some may be tempted to avoid the stock market due to fears of volatility or the threat of a bear market, doing so could leave you at risk of falling short of your investment goals and not accumulating enough assets for a comfortable retirement. Investment vehicles such as your employer’s 401(k) plan or an IRA account can be great options, but your choices don’t end there.

For the savvier investor comfortable with a higher amount of risk, alternative investments such as real estate investment trusts (REITs) or private equity (PE) offer the opportunity for handsome returns and a level of diversification that can serve as a buffer from any momentary fluctuations in the stock market. That said, REITs and PE are somewhat more complex than traditional retirement accounts, which makes seeking the help of a professional all the more important.

The growth of women’s saving habits is important because, according to the U.S. Department of Labor, nearly half (47 percent) of the U.S. labor force is comprised of women, and that percentage will likely climb higher in the years to come. By developing positive saving habits now, these women not only benefit themselves but the economy as a whole.

Personal Finance: "How Women Can Plan For Their Financial Futures"