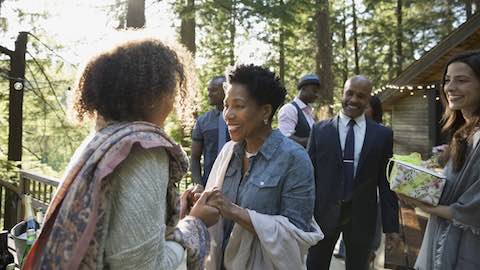 Here are five golden rules that seasoned investors found to be essential to saving for a secure retirement.

(BPT) - Parents and grandparents typically pass down many things to the next generation — jewelry, furniture and other family heirlooms. But what if the best thing that the preceding generation passed along was their financial wisdom? Through years of investing and saving for retirement, Baby Boomers have experienced a lot and learned many helpful lessons along the way.

A recent survey from Capital Group, home of the American Funds and one of the world’s leading investment management firms, studied the dynamics for Boomer investors as they transitioned into retirement. The survey revealed what expenses cause the most sticker shock for retired Boomers, why they retire earlier or later than they planned, how they see the financial markets performing over the next 10 years, and their goals for growing their retirement nest egg to ride out the market’s ups and downs.

Boomers have learned many lessons — some good, some bad and all beneficial to future generations of investors. Here are five rules that these seasoned investors found to be essential to saving for a secure retirement.

1. Stay invested for the long term

A large majority (92 percent) of retired Boomers say that Americans need to save more for retirement by getting and staying invested in the market. When asked about what they would do in fluctuating markets, only three in 10 (32 percent) would adapt their strategies based on market conditions.

Low fees and transparency really matter to Boomers. Ninety-four percent of retired Boomers want to be able to easily understand the fees they pay, and 78 percent stressed low-cost simple investments to buy and hold for the long term.

Eighty-five percent of retired Boomers believe that building a diversified portfolio is one of the most important elements for a safe path to a better retirement.

4. Protect yourself against market downturns

Eight in 10 (80 percent) retired Boomers stress the importance of protecting their nest egg and lowering the risk of losses during market downturns. Thirty percent of Boomers wish that they had learned sooner what to do in turbulent markets — near the top of the list of lessons learned.

Eight in 10 (79 percent) retired Boomers believe saving a portion of monthly income toward retirement is one of the best things you can do, and 60 percent said they wished they had started investing as young as possible.

Retired Boomers are surprised by their spending patterns and are paying more than expected on unanticipated items.

Health care tops the list in terms of surprise costs and unanticipated spending in retirement, with 43 percent saying they are spending more on health care than they had planned. Travel, an activity popular with retirees, is also more costly than expected, with 40 percent of retired Boomers spending more on travel than they anticipated. Rounding out the top five items: One-third (34 percent) report paying more in taxes than expected, and about a quarter say they are spending more than they had planned on food (25 percent) or utilities (23 percent).

While these surprise costs may exceed retired Boomers’ expectations, they are not losing sleep over their finances. Among Boomers who are already retired, less than one in three (27 percent) list having enough money for retirement as a top concern, while two-thirds (65 percent) of Boomers still working say it is a top concern.

Whether your “perfect retirement” is traveling the country on a motorcycle, sitting by the pool all day or starting your dream second act, following these rules could put you on track to fulfilling your retirement dreams.

For additional findings and the full report, “Expect the Unexpected: Baby Boomer Lessons on Investing and Retirement,” visit http://bit.ly/2y8rokm.