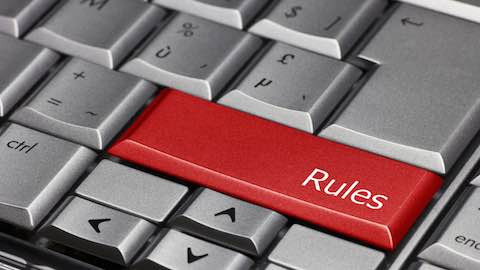 When Silicon Valley mom Jen Rosas’ 11-year-old son wanted more access to the Internet, the family decided it was time to create some rules.

“What we did is write out a contract, and it was signed by both parents and him,” Rosas said. “The agreement was that if any violation happened with the contract on his part, we would close down the accounts to the social media. In addition, we have a strict rule to no electronics past 8:30 p.m. and they may not be kept in the room after that time is up.”

The approach taken by Rosas and her family may seem stringent, but it’s actually endorsed by leading experts in child development — and media — like the American Academy of Pediatrics (AAP).

Here’s how the whole family can design online rules of the road together that everyone can agree with:

Step No. 1: Draft your rules

What are you most worried about? How screen time impacts your kids development and social skills? Privacy? Exposure to adult content? All of the above? Know what’s important to you ahead of time so you can share this with your kids. The AAP offers a template for a “pledge” your family can use, and Common Sense media offers a comprehensive guide of concerning topics you might want to consider before drafting your rules. Consider rules for the following categories of conduct:

According to a Kaiser Family Foundation 2010 “Generation M2: Media in the Lives of 8- to 18-Year-Olds” report, youth in this age range spend nearly 8 hours a day — often more time than they spend at school — with a variety of different media, increasingly accessed through mobile Internet devices, such as tablets and smartphones. Yet only about three in 10 young people say they have screen-time limits. The APA recommends limiting screen time to two hours, except when working on a school project. Also create a timeframe for when it’s ok to be online (or not).

For safety, make a rule that your kids will not give out personal information on the Internet, such as their full name, address, phone number or email address.

Set expectations for how your kids will treat people online. Rosas’ family’s contract outlines that their son agrees: “I will treat others online as I would have them treat me. I will never post mean or inappropriate messages, comments or pictures nor will I respond to any such messages that are sent to me.”

Set boundaries around video, games and other content based on age appropriateness or level of violence. Also draw the line about what content your kids post online, says Shana Kraus Eso, a mother of three who are ages 10, 13 and 15. “Lastly and most importantly, talk to your kids regularly about the pitfalls and benefits of having a smartphone. We are all learning as we go. What they post now could follow them forever!”

Step No. 2: Get kids’ feedback

Before presenting your draft rules, talk to your kids about what they like about the Internet and their screen time, and what it means to them. Ask them what boundaries they think should be set for their safety and to maintain this privilege. Next, share your draft and get their feedback. The more they’re involved in co-designing the rules, the more likely they are to follow them.

Step No. 3: Agree and check-in

One thing to include in your rules, parents and experts alike agree, is that you will be monitoring online activity such as social network use (some parents like to have all the passwords to such accounts as well). Include any consequences in your rules, and sign and post your agreement where everyone can see it so the guidelines are clear. For example, the final rule in Rosas’ family contract is: “I will follow my family's Internet and email safety contract in my home and when I am online outside of my own home.”

Sticking with some of the guidelines above should help you come up with your own family rules for technology, so that you can really get the most out of your devices.

Jeremy Cleland has been a spokesperson for several Silicon Valley startups, like Tesla Motors, and spearheaded global stories about technology featured in media like Vice, Time magazine, Forbes and Wired.com. He’s also the dad to a 5-year-old who is already more tech-savvy than him.