Fast Facts About the 2018 Winter Olympics 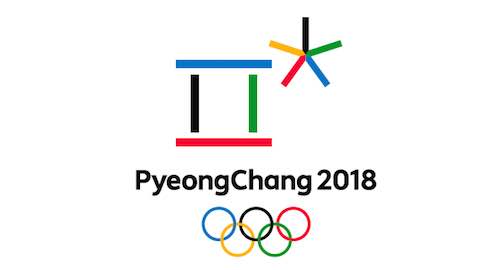 Fast facts about the 2018 Winter Olympics in Pyeongchang, South Korea.

The Games will take place over 18 days, and competition will begin on February 8, the day before the Opening Ceremony.

More than 2800 athletes from roughly 90 countries are expected to compete in the 2018 Games.

PyeongChang was selected to host the 2018 Games on July 6, 2011, at the 123rd IOC session in Durban, South Africa. PyeongChang beat Munich, Germany, and Annecy, France. The awarding of the 2018 Games did not require a second round of voting; PyeongChang won overwhelmingly in the first round, receiving 63 votes to Munich's 25 and Annecy's seven.

PyeongChang was awarded the Games after two failed attempts. The city had previously bid for the 2010 and 2014 Olympic Winter Games. The small town was virtually unknown during its first bid, and was initially confused with Pyongyang, North Korea, by some members of the IOC.

There will be a record 102 events contested in 15 sports in PyeongChang. There were 98 events on the Sochi Olympic program and 86 on the Vancouver program. Since 2014, two medal events were dropped and six were added.

PyeongChang is approximately 90 miles east of Seoul, the capital of South Korea, and 60 miles from North Korea. The city falls roughly in the middle of the next two Olympic host cities, just less than 650 miles from Tokyo, the 2020 host, and about 670 miles from Beijing, the host of the 2022 Olympic Winter Games.

The events will be spread between two clusters: the PyeongChang Mountain Cluster and Gangneung Coastal Cluster. There are 13 venues for the Games, seven of which were newly built.

The torch relay began in Olympia, Greece, on October 24, 2017. After a week of travel around Greece, the relay arrived in Incheon, South Korea on November 1 (the 100-day countdown to the Opening Ceremony of the Games). Over the next 100 days, the flame traveled through nine provinces and eight major cities, covering 2,018 kilometers (1,254 miles) to signify the year of the Games.

There are two mascots for the 2018 PyeongChang Games: one for the Olympics and one for the Paralympics. Soohorang (SOO-ho-rahng), a white tiger, was chosen as the Olympic mascot. The Paralympic mascot, Bandabi (BAHN-da-bee) is an Asiatic black bear, an animal that traditionally symbolizes courage in Korean folklore.

*Fueled by the tabloid coverage of the Nancy Kerrigan/Tonya Harding scandal.