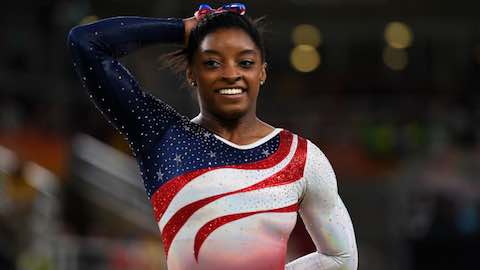 USA wins one gold, three silver on final day of gymnastics at 2016 Olympics; U.S. women bring home nine medals from Rio, the most by a country since 1972

Simone Biles and Aly Raisman won the gold and silver medals, respectively, on the floor exercise at the 2016 Rio Summer Olympics. The medals were the eighth and ninth for the "Final Five", the 2016 Olympic Team Gold Medalists, for the most women’s gymnastics Olympic medals won by a country since the Soviet Union’s 10 in 1972. For the men, Danell Leyva, claimed the parallel bars and high bar silver medals on the final day of competition.  The USA mined a total of 12 medals, the most since 1984.

This is the first time the U.S. women have won nine medals at an Olympic Games.  The nine medals are: four gold, four silver and one bronze. Biles’ five Olympic medals make her the most decorated U.S. gymnast at the 2016 Olympics, and her four gold medals tie the Olympic record for a female gymnast in a single Games.  Including her 2016 medals, Raisman’s six career Olympic medals is the second highest total in U.S. gymnastics history behind Shannon Miller.

Leyva captured two silvers on the final day of competition. On parallel bars, he capped off his magnificent routine with a stuck double front dismount to score a 15.900 and win the silver medal. Ukraine’s Oleg Verniaiev claimed gold with a 16.041 and David Belyavskiy of Russia earned the bronze (15.783).

Leyva performed a thrilling routine in the horizontal bar final with a layout Kovacs, Kolman and a double-twisting double layout dismount to score a 15.500, which earned the silver medal. Sam Mikulak of Newport Coast, Calif. / Team Hilton (U.S. Olympic Training Center), hit his routine including a Cassina, Kolman and double twisting double layout dismount to score a 15.400 for fourth place. Germany’s Fabian Hambuechen won the title with his 15.766, and Nile Wilson of Great Britain finished third (15.466).