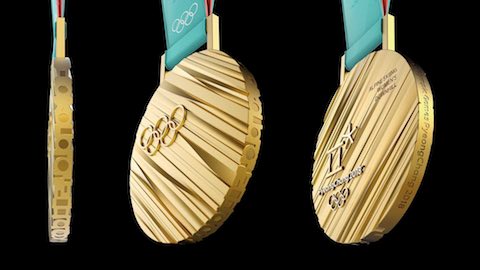 The first ever Winter Olympic Games were held in Chamonix in the French Alps in 1924 - 16 nations took part, competing for medals in 9 disciplines. The most recent winterly games were held in the Russian resort of Sochi in 2014, where 88 nations competed in 15 disciplines. Next week, the 23rd games will start with an opening ceremony in Pyeongchang in South Korea on Saturday. They will go on for two weeks, until February 25.

Germany has so far been able to rake in most medals at the Winter Olympics, standing at 377 today. This is counting in all medals German teams have acquired, from Nazi Germany, through to Germany divided in to East and West and after reunification in 1990.

In second place, Russia had a good run in Sochi, but the International Olympic Committee (IOC) decided to bar 43 Russian athletes from competing at this year's winter games, as they stand accused to have profited from systematic doping in 2014. The international sports court CAS has overturned some of these suspensions.

This chart shows the Olympic Winter Games all-time medal table from 1924 to 2014. 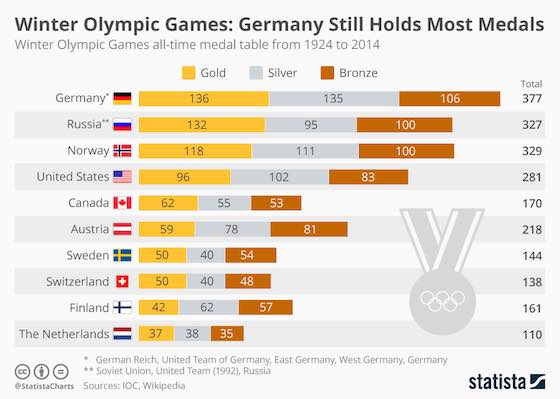