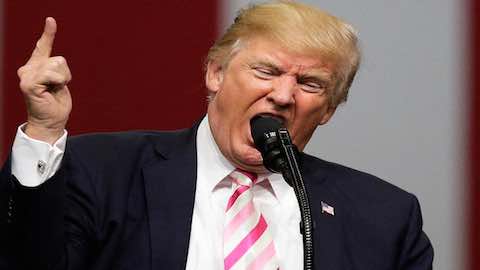 Here's how the public feels about the NFL kneeling protests according to a recent Ipsos poll.

Recently, NFL football fields in the United States have turned into cauldrons of political debate.

It all started when President Trump launched a sensational attack on players for protesting police brutality by kneeling during the national anthem.

"Wouldn't you love to see one of these NFL owners, when somebody disrespects our flag, to say, 'Get that son of a bitch off the field right now. Out! He's fired. He's fired!'" Trump said during a rally in Alabama on September 22nd.

Current and former players have criticized the president for his remarks but how do the general public feel about it the situation? 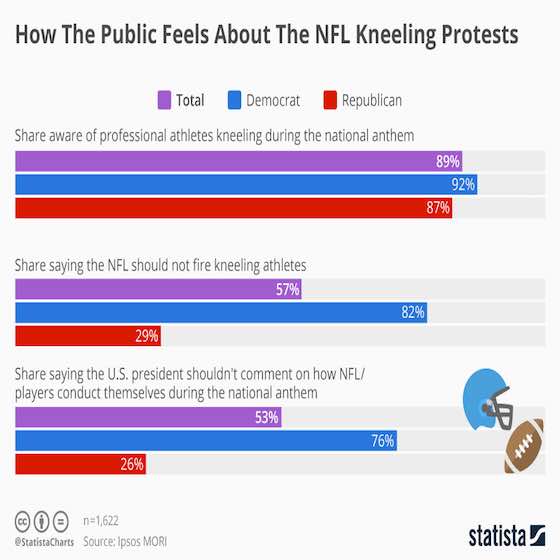 Some NFL players knelt during the national anthem to protest racism in the United States. President Donald Trump's tweets, in which he called for those players to be sacked and fans to protest the NFL, turned the phenomenon from isolated incidents to whole teams joining in the kneeling protest.

USA Today conducted a poll among voters to find out what Americans think about this matter. 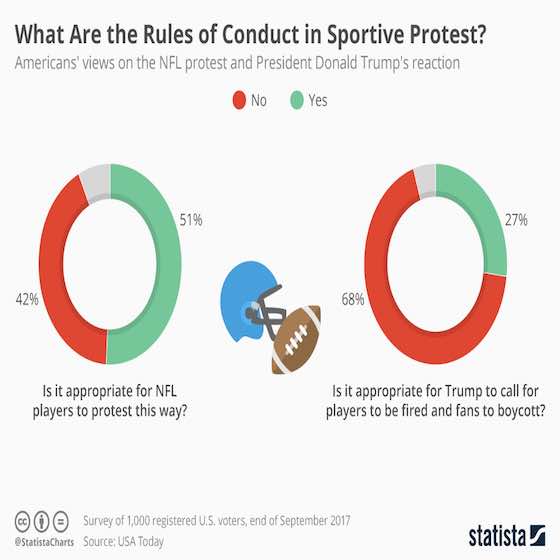 ​The following statement from NFL Commissioner Roger Goodell is in response to President Donald Trump's comments:

"The NFL and our players are at our best when we help create a sense of unity in our country and our culture. There is no better example than the amazing response from our clubs and players to the terrible natural disasters we've experienced over the last month. Divisive comments like these demonstrate an unfortunate lack of respect for the NFL, our great game and all of our players, and a failure to understand the overwhelming force for good our clubs and players represent in our communities.