NFL 2017: Turnovers Are Key To Victory 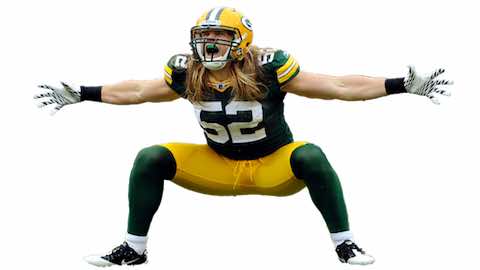 NFL 2017: Turnovers Are Key To Victory

What is one of the keys to success in the NFL? Winning the turnover battle certainly ranks high on the list.

"That's ultimately the difference in the games," according to Green Bay Packers linebacker Clay Matthews about the importance of turnovers. "You look at the percentages of the games in which you're able to get takeaways, it favors heavily in the win column."

Falcons head coach Dan Quinn has made turnover differential one of the key components of his team philosophy.

"I love using turnover margin because it's a team stat," says Quinn. "Now, you can say it's just offensive-related or just defensive-related, but it's not. It's the way the defense goes after the ball, but it's also the attitude the offense has, to take care of it. We're much clearer to that vision now than we've ever been."

Last year, the AFC champion Patriots (+12) and NFC champion Falcons (+11) had the third-highest combined turnover differential of any of the previous 10 Super Bowl participating teams.

"For us to be way in the plus in turnover margin -- along with New England as well -- I think that's one of the real factors in our season that we don't talk about a lot," said Quinn. "It didn't happen overnight. This attitude to take care of it and go after it, it came from every day at practice, going for it, battling for it. That's been the biggest difference for us."