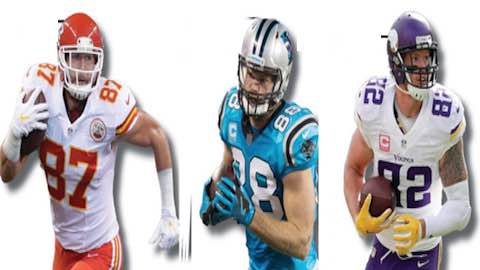 NFL tight ends have been performing at historic levels and this season should be no different.

Last season, tight ends recorded the second-most catches (2,494) and receiving yards (27,340) in a single season for the position.

Los Angeles Chargers tight end Antonio Gates had seven receiving touchdowns in 2016 and has 111 career touchdown catches, tying Tony Gonzalez for the most by a tight end in NFL history.