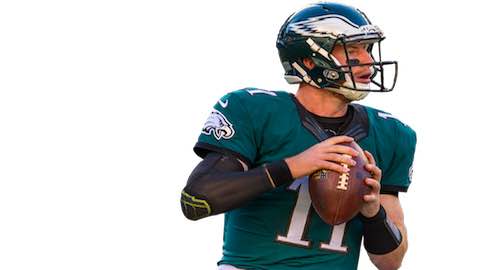 They may not come from big-time schools in major NCAA conferences, but their NFL contributions cannot go unnoticed. These productive players from small schools are proof-positive of the old adage, 'If you can play, the NFL will find you.'

Arizona running back David Johnson -- who last year led the NFL with 2,118 scrimmage yards and was named to his first Pro Bowl -- was drafted by the Cardinals in the third round of the 2015 NFL Draft out of Northern Iowa.

NFL teams continue to scout at all levels looking to find talent. The Philadelphia Eagles traded up and used the No. 2 overall pick in the 2016 NFL Draft to select quarterback Carson Wentz out of North Dakota State.

"The jump is a big jump no matter where you are coming from -- Division III, FCS, FBS, SEC -- it doesn't matter. Everyone is bigger, faster, stronger in the NFL. Obviously, we believe at the FCS level that there is a lot of good talent, and you are playing a lot of good competition." -- Carson Wentz

Most Productive & High-Profile Small-School Stars in the NFL Today