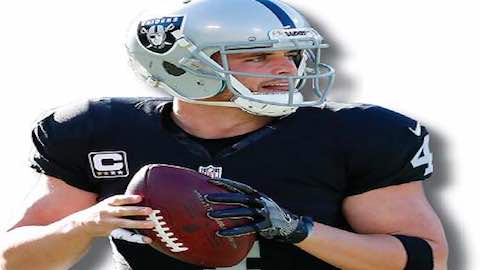 Raiders quarterback Derek Carr made his mark last season, passing for 3,937 yards with 28 touchdowns and six interceptions for a 96.7 passer rating, and leading the Raiders to a 12-4 record and the team's first playoff berth since 2002.

"From my conversations with him as a rookie to now, he's a guy that gets it," says Los Angeles Chargers quarterback Philip Rivers.

"He's a guy that respects the game, respects the history of it and didn't come into the league as a guy that felt like he knows it all. As a veteran, you can appreciate that in a young guy."

Quarterbacks With at Least 80 TD Passes in 1st 3 Seasons

Quarterbacks With at Least 100+ TD Passes in 1st 4 Seasons