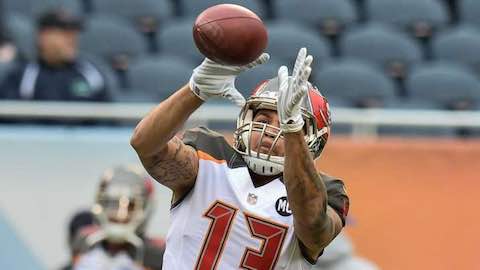 Elite wide receivers gain attention from opposing team defensive backs, but still earn plenty of it from their quarterbacks, too.

Last season, Tampa Bay wide receiver Mike Evans was targeted 173 times, the most in the NFL.

Buccaneers quarterback Jameis Winston hopes that the play of Evans raises the bar for their Tampa Bay teammates.

"When your superstars are making plays for you, it gives everyone else around an extra boost of confidence," says Winston. "The more we can get people playing up to Mike's level, the scarier our offense can be."

New York Giants wide receiver Odell Beckham, Jr. was targeted 169 times last season, ranking second in the NFL. He recorded a career-high 101 receptions and became the first player in NFL history to record at least 80 catches and 1,000 receiving yards in each of his first three seasons.

"He has great explosiveness coming out of breaks and great speed. He catches the ball very naturally. He is a pretty rare combination of speed and explosiveness, with also really good route-running and being able to stop on a dime as well out of his breaks." -- Giants quarterback Eli Manning