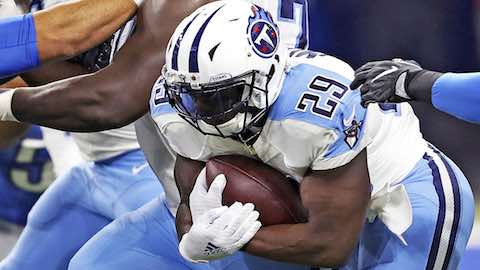 They seem to be all over the NFL. Dual threat running backs like Le'veon Bell, David Johnson and others. Those running backs that can hurt you two ways: rushing or catching the ball.

Dual-Threat NFL running backs not only force defenses to be ready for anything, but they allow offenses to keep their best playmakers on the field in any situation.

"I've been very fortunate to be around guys like David Johnson, Marshall Faulk and Edgerrin James," says Arizona head coach Bruce Arians. "It's fun to coach them because they're like a toy. You can do so many things and change them any way you want."

More and more offenses are relying on these dual-threat runners to keep the chains moving. Nine running backs gained more than 1,000 rushing yards while registering at least 30 catches in 2016.

"I can't say enough about that guy [Lamar Miller]. He puts his body on the line week in, week out. He takes some shots out there and he always gets up, shakes it off and does it again. I'm just happy he's on our side." -- Texans tackle Duane Brown

"Mark [Ingram] has that versatility where we feel like he absolutely is someone who can help us not only in the running game but also in the passing game." -- Saints head coach Sean Payton