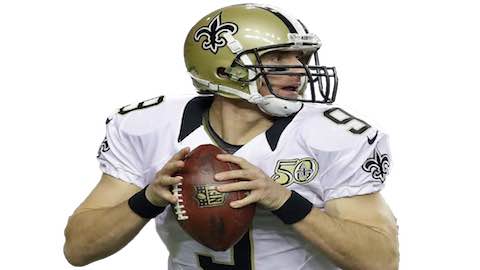 No doubt Drew Brees put up impressive numbers last season. But can Drew Bress put up the same numbers this season and improve upon the Saints 7-9 record last season.

Most Seasons Leading the NFL in Passing Yards

Brees has 53,763 passing yards in his 11 seasons with the Saints and is one of only six quarterbacks in NFL history to pass for at least 50,000 yards with a team.

Most NFL Games with 300+ Passing Yards

Most NFL Games with 400+ Passing Yards