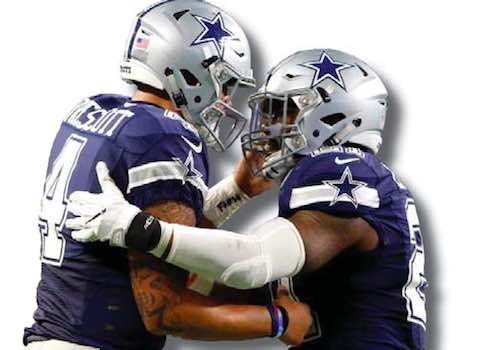 Unpredictable NFL? It sure seems that way! And this season should be no different. In the 15 seasons since realignment in 2002, 28 different teams have won division titles.

"I think it's a huge significance in terms of consistency and it's something that we really do take great pride in because of the implications for the playoffs. That's what it's all about. The division allows you to have a home game in the playoffs."

Teams That Have Won Their Divisions Since Realignment in 2002

From Worst To First

Competitive balance, one of the hallmarks of the NFL, gives fans hope entering each season.

After finishing in last place in the division in 2015, the Dallas Cowboys won 13 games to claim the NFC East crown and the best record in the NFC. After losing the season opener, the Cowboys won nine consecutive games and qualifi ed for playoffs for the second time in three seasons.