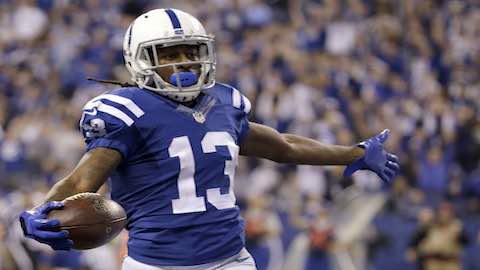 Everyone in the stadium, from the field to the stands, feels the fans excitement as they celebrate a big play with their team. Those plays can change the momentum of a game and give a team a lift.

Indianapolis Colts wide receiver T.Y. Hilton guaranteed he would be a difference-maker for the team and he continues to deliver on his promise. In 2016, Hilton recorded a league-best 28 receptions of 20 yards or more and led the NFL with 1,448 receiving yards.

"T.Y. Hilton is a playmaker," says Colts quarterback Andrew Luck. "He's one of the heartbeats of this team."

Many players around the NFL, including Pittsburgh Steelers wide receiver Antonio Brown, have taken notice of Hilton's ability to make big plays.

"He's their big-play guy, always capable of changing the complexion of a game," says Brown about Hilton.