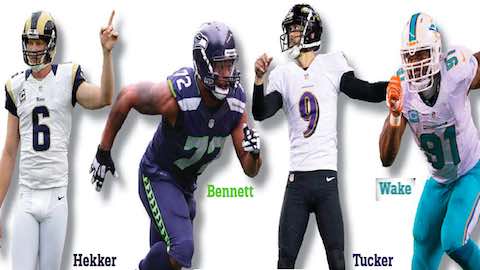 Not drafted? Not a problem in the NFL. Check out these undrafted players who developed into NFL stars.

How does an undrafted player develop into an NFL star?

"That motivates me a lot," says Harris. "Just not having any offers coming out of high school until finally getting one offer to Kansas, and then just the way I came into the league and nobody thought I could be in the NFL, that just all stays with me."

Defensive end Cameron Wake of Miami signed with the New York Giants as an undrafted free agent in 2005 but didn't make the team. After a stint in the CFL, Wake landed with the Dolphins where he is now a five-time Pro Bowler.

"It doesn't add up, but that's my path and that's what I had to deal with," says Wake. "It's definitely different. You look around the locker room and see the super blue-chip first-rounders. I didn't come in with a silver spoon -- my spoon was all bent, dirty and rusty. I had to scratch and claw twice. I had to work my way up in Canada, then hit the reset button when I got to Miami."

Quarterback Kurt Warner, a member of the Class of 2017, is one of 17 undrafted players enshrined in the Pro Football Hall of Fame. After failing to make the Packers as an undrafted free agent, Warner would resurface four years later with the St. Louis Rams. In 1999, at the age of 28, Warner would make his first start as an NFL quarterback beginning his Hall of Fame campaign.

"The way my journey played out, starting my first game at 28, having some bumps along the way in a couple of organizations, I don't know if I ever really felt I did enough. When I was between the lines, I felt like I played this game as well as anybody. Is that enough to get there? I have no idea." -- 2017 Pro Football Hall of Fame Inductee Kurt Warner 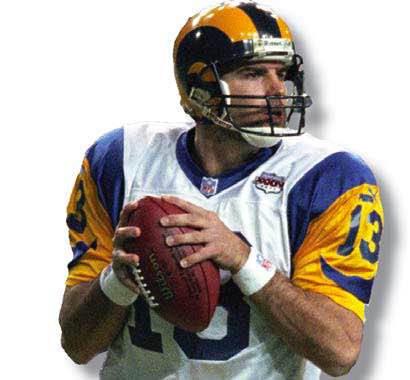