NFL 2017: Receivers Who Move the Chains 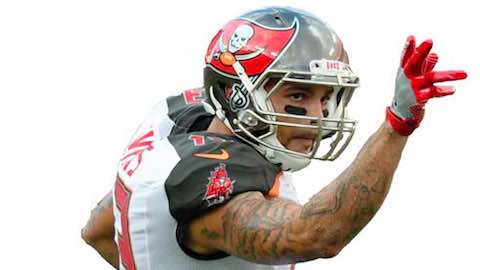 Receivers Who Move the Chains

A precise route can be the difference between a game-changing play and an appearance by the punt team. It's a skill for a receiver to know exactly where he needs to go in order to move the chains and keep a drive going.

On third down, the NFL's best receivers carefully gauge each step to ensure their routes finish beyond the first-down marker. Tampa Bay wide receiver Mike Evans (left) led all receivers on third down with 28 first-down catches in 2016. He had 20 first-down receptions on third down in 2015, the 10th most in the NFL. "I know what Mike is capable of and he's really just scratching the surface," says Tampa Bay offensive coordinator TODD MONKEN. "I really believe that. We have a huge tendency and that is to throw it to a great player. I like that tendency. That's what you should do. If you have a really good running back, you give him the ball. If you have a really good receiver, you find a way to get him the ball."

Receivers With Most 1St-Down Receptions On 3rd Down

Receivers Who Move the Chains