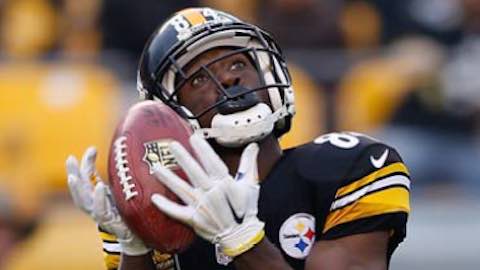 Antonio Brown On The Move

"[Antonio Brown is] one of the best in the business, and the plays that he makes and has made over his career are so special. We wouldn't be in the places we are without him." -Steelers QB Ben Roethlisberger

Most Consecutive NFL Seasons with 100+ Catches

Brown, a five-time Pro Bowl selection, finished the 2016 season with 106 receptions for 1,284 yards and 12 touchdowns and became the sixth player in NFL history to record at least 90 receptions, 1,100 receiving yards and 10 touchdown catches in three consecutive seasons.

Most Receptions Over Any 4-Year Span in NFL History