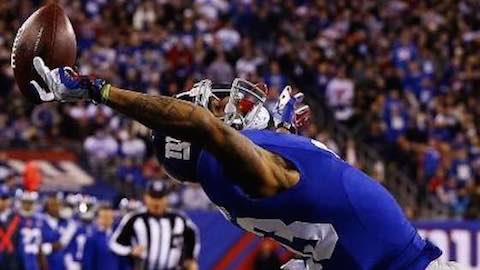 New York Giants wide receiver Odell Beckham, Jr. has reeled in yet another accolade as he now finds his jersey atop the list for NFL player jerseys sold on NFLShop.com.

Houston Texans defensive end J.J. Watt (No. 11), the 2014 NFL Defensive Player of the Year, is the highest defensive player on the list.

The Seattle Seahawks also dominated the charts with quarterback Russell Wilson (No. 7), safety Kam Chancellor (No. 18), running back Marshawn Lynch (No. 20) and the distinctive 12th Fan (No. 22) all in the top 25.