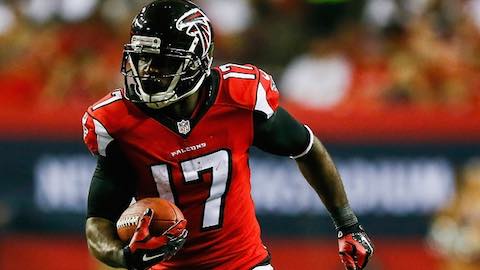 The 2014 season featured many exciting plays in the return game. These exhilarating plays, made by some of the game's most dynamic playmakers, started early and kept coming.

"Hester has the perfect combination of skills for a returner," says Baltimore Ravens special teams coordinator JERRY ROSBURG. "He's fast, and he has incredible change-of-direction skills. He can run up and smell somebody's breath and then disappear. Every time you give him the ball, he's a threat to take it to the house."

"It's the great returners that can see past the first wave of defenders," says Miami wide receiver JARVIS LANDRY. "Sproles' ability to hit it with speed, and he doesn't hesitate at all, is unique. That's what makes him a premier returner in this league." A sampling of kick-return highlights from the NFL 2014 season:

Devin recorded his NFL-record 21st career (including postseason) return touchdown when he returned a punt 62 yards for a score in Week 3.

Josh returned the opening kickoff 107 yards for a touchdown in Week 12, the longest score in franchise history.

In Week 11, Micah had a 55-yard punt-return touchdown in the Packers' win as Green Bay clinched the NFC North and secured a first-round bye.

Jacoby returned a kickoff 108 yards for a touchdown in Week 9 on Sunday Night Football. It was his NFL-record third career regular-season touchdown of at least 105 yards.

In Week 10, Darren Sproles became the first player in NFL history to record a punt-return touchdown and a rushing touchdown in the first quarter of a game.