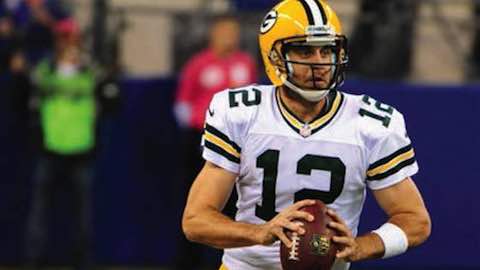 NFL QBs put together a historically proficient and prolific year in 2014.

The league-wide interception percentage of 2.52 percent was the lowest of any season in NFL history, surpassing the previous mark of 2.63 in 2012.

As efficient as NFL QBs were in 2014, they did not shy away from throwing deep. The league-wide yards per attempt average of 7.21 was the highest in the Super Bowl era (since 1966), topping the previous high of 7.20 yards per attempt in 2011.

"It's a quarterback's league now," says CBS analyst and Pro Football Hall of Fame quarterback DAN FOUTS. "It's how the game has evolved. You've got coaches willing to throw the ball more than ever, and you've got receivers who are the best athletes on the field. Why wouldn't a coach want to use them?"

This trend has helped allow the growing number of star NFL quarterbacks -- ranging from established veterans like DREW BREES, PEYTON MANNING and AARON RODGERS (above) to promising youngsters like ANDREW LUCK and RUSSELL WILSON -- to fully showcase their passing talents.

"Everybody feeds off of what the quarterback can and cannot do," says ESPN analyst and Pro Football Hall of Fame quarterback STEVE YOUNG. "Defensively, offensively, everybody reacts to what threats or non-threats the quarterback has. Everything else is secondary."

NFL quarterbacks produced one of the most prolific and efficient seasons in NFL history in 2014, setting a number of league-wide passing records.

A big reason for that success was the consistent performance of the starters.

The most teams to start the same quarterback over any three-year span:

Many NFL games are decided in the fourth quarter. The difference between a win and a loss can come down to a clutch performer. Some of the most memorable moments in NFL history have taken place with the game on the line.

Pittsburgh Steelers quarterback Ben Roethlisberger embraces the opportunity to respond under pressure. Last year, Roethlisberger posted an NFL-best 114.7 passer rating in the fourth quarter, throwing for 1,430 yards with 11 touchdowns and just one interception. 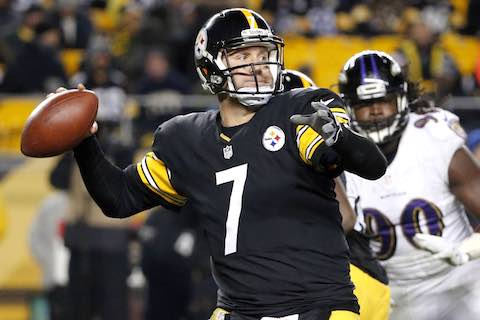 "I am around him every day and see the special things he does," says Steelers quarterbacks coach RANDY FICHTNER. "To me, he is a Hall of Famer, and you don't see those very often."

Green Bay Packers quarterback AARON RODGERS also shines during crunch time. In 2014, Rodgers posted a rating of 106.6 in the fourth quarter and led the Packers to the NFC Championship Game for the first time since 2010 when Green Bay went on to win Super Bowl XLV.

"I'm very proud of Aaron," says Packers head coach MIKE MC CARTHY. "He's at the point in his career now that it seems like every week or every other week he's breaking a record. He is just a special player."

The quarterbacks with the highest fourth-quarter passer rating in 2014 (minimum 80 attempts):