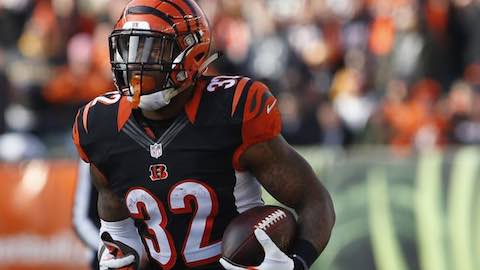 Despite playing in only 12 games, Beckham had 91 receptions for 1,305 yards, the most in a player's first 12 games to begin a career in NFL history. Beckham, the 2014 NFL Offensive Rookie of the Year, joined Pro Football Hall of Famer MICHAEL IRVIN (1995) as the only players in NFL history to have at least 90 receiving yards in nine consecutive games and posted 606 receiving yards in the month of December, the most by a rookie in any calendar month in league history.

Evans had 12 receiving touchdowns, the most by any player in a single season in franchise history (rookies and veterans). Beckham and Evans became the first pair of rookies in NFL history with at least 10 touchdown catches in the same season.

It was indeed a banner year for rookie pass catchers, but there were impressive performances by the 2014 class of NFL rookies in all phases of the game -- offense, defense and special teams. Beckham was among five outstanding rookies to earn a Pro Bowl selection in 2014, along with St. Louis defensive tackle AARON DONALD, Dallas guard ZACK MARTIN, Baltimore linebacker C.J. MOSLEY and Philadelphia kicker CODY PARKEY, who set an NFL rookie record for points (150).

Here's just a few of the notable accomplishments by the NFL's 2014 rookie class:

Cincinnati RB JEREMY HILL led NFL rookies in rushing yards (1,124) and rushing touchdowns (nine) and he joined Pro Football Hall of Famers ERIC DICKERSON (five in 1983) and CURTIS MARTIN (four in 1995) as the only rookies with at least four 140-yard rushing games.

Cleveland RBs ISAIAH CROWELL (607) and TERRANCE WEST (673) became the first rookies in franchise history to run for at least 500 yards apiece in the same season.

Baltimore LB C.J. MOSLEY led all NFL rookies with 129 tackles and is the first Ravens rookie to lead the team in tackles since RAY LEWIS in 1996.

Arizona K CHANDLER CATANZARO scored 114 points, the most by a rookie in franchise history.