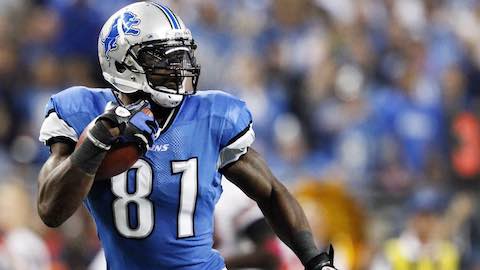 "He's the best in the league and he will continue to be the best until he's done," says New York Jets All-Star cornerback DARRELLE REVIS.

Johnson had five 100-yard receiving games in 2014 and has 44 such performances in his career, the second-most in a player's first eight NFL seasons. Only RANDY MOSS (45) has recorded more. "Without a doubt, he's the best receiver in the league right now," says Pro Football Hall of Fame wide receiver JERRY RICE about Johnson. "He's a complete player."

In his career, Johnson has 10,405 receiving yards and he became the fastest player in NFL history to reach 10,000 receiving yards (115 games). He surpassed the previous mark held by TORRY HOLT (116).

"To me, Calvin's still the best in the game," says Pro Football Hall of Fame wide receiver CRIS CARTER. "He works hard. He's a great kid. He's got it figured out."

On Thanksgiving Day, Johnson had 11 catches for 146 yards and two touchdowns. With his two scores, Johnson passed CLOYCE BOX (seven) for the most career touchdown receptions on Thanksgiving with eight.

"I can't say enough about Calvin," says Detroit Pro Bowl quarterback MATTHEW STAFFORD. "The guy is unreal. I love having him as a teammate. I love throwing the ball to him. He just sets a great standard for all the guys on our team and everybody in this league." 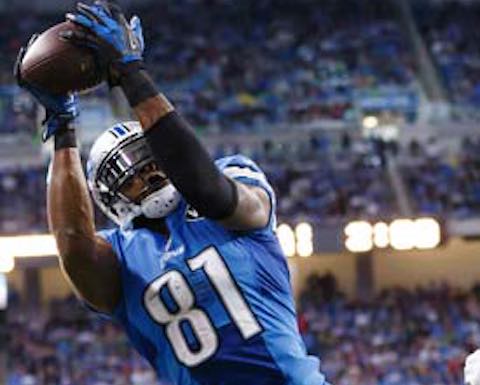 Johnson enters 2015 with five career 200-yard receiving games, tied with Pro Football Hall of Famer LANCE ALWORTH for the most in NFL history.

Through his first eight seasons, Johnson has 10,405 receiving yards in 119 games for an average of 87.4 receiving yards per game. That currently is the highest mark in NFL history (minimum 100 games).