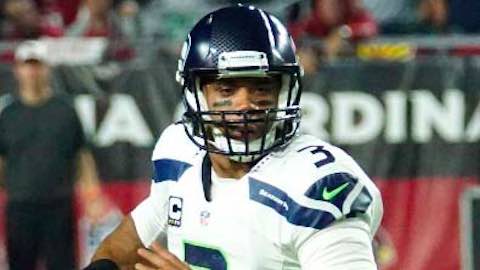 Seattle quarterback Russell Wilson has led the Seahawks to two Super Bowl appearances -- including a win in Super Bowl XLVIII -- in his first three seasons, the only quarterback in NFL history to accomplish the feat. He also became the youngest quarterback (26 years, 64 days) to start two Super Bowls.

"He's so special," says Seattle head coach PETE CARROLL about Wilson. "He's just a tremendous competitor. And he's going to keep going. There are records this guy is going to continue to knock off."

"The only thing I really care about is winning," says Wilson. "Whatever it takes to figure out a way to help our team win. That's my ultimate goal."

Most regular season wins by a starting QB in his first three seasons during the Super Bowl era:

"I keep trusting every time that I'll have success and keep believing that it's going to happen in the right way for me," says Wilson.

Last year, Wilson led the Seahawks to a 12-4 regular-season record and has guided the team to a double-digit win total in all three seasons. He completed 285 of 452 passes (63.1 percent) for a career-high 3,475 yards with 20 touchdowns and seven interceptions for a 95.0 passer rating. He also added 849 rushing yards and six rushing touchdowns, both career bests. 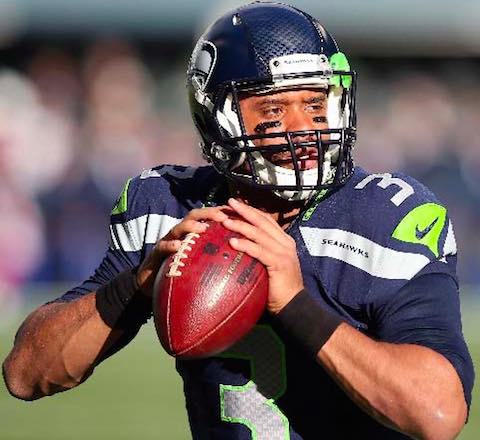 "I think a great leader is consistent every day," says Wilson. "That's how I try to be in terms of my work ethic on and off the field and being the first one in and the last one to leave. It's the same thing every day. My job in playing football is to help the other 10 guys in the huddle get better. If I can do that, if I can help facilitate getting the ball to the right guy at the right time, I'm doing my job."