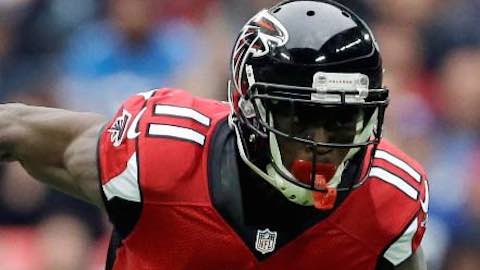 Everyone in the stadium, from the field to the stands, feels the fans' excitement as they celebrate a big play with their team. Those plays can change the momentum of a game and give a team a lift.

Atlanta Falcons wide receiver JULIO JONES, who led the NFC in receptions (104) and receiving yards (1,593) last season, had a league-best 31 receptions of 20 yards or more and is regarded as one of the premier playmakers in the game today.

"Julio is as good as he's ever been, if not better," says Falcons quarterback MATT RYAN. "Defenses are going to have certain ways that they're going to try and stop him. But we feel like any time he gets in that one-on-one situation, that's a win for us."