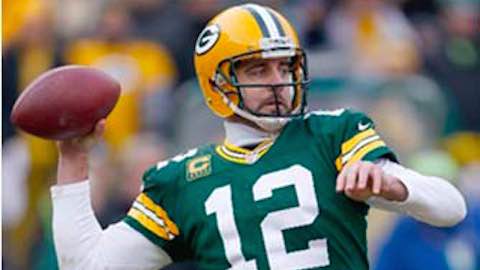 Last season, Green Bay Packers quarterback AARON RODGERS was named the NFL's Most Valuable Player after completing 341 of 520 passes (65.6 percent) for 4,381 yards and 38 touchdowns with five interceptions for a 112.2 passer rating. It marked the second time in his career Rodgers was named the league's MVP (2011).

"I feel so fortunate to live out my dreams year after year," says Rodgers. Rodgers has recorded a 100+ passer rating in each of the past six seasons, extending his NFL-record streak. He and Pro Football Hall of Famer Steve Young (1991-94) are the only quarterbacks in NFL history with a 100+ rating in at least four seasons in a row.

"I'm driven to be the best," says Rodgers. "I put a lot of pressure on myself to achieve the goals I set every year. I enjoy trying to meet the challenge those goals bring."

In 2014, Rodgers had eight games with at least three touchdown passes and no interceptions, tied for the most in a single season in NFL history (TOM BRADY, 2007). Rodgers recorded a passer rating of at least 100 in 11 games last season and the Packers were a perfect 11-0 in those contests.

"Aaron is an excellent illustration of a Green Bay Packer," says Packers head coach Mike McCarthy. "It is truly a blessing to witness his continued accomplishments, both on and off the field." 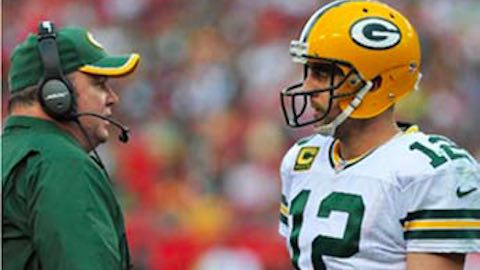 "I think he's the best maybe to ever play," says Green Bay guard JOSH SITTON about Rodgers. "Nothing really surprises me with him."

"I've never seen a quarterback or been a part of quarterback play at this level," says McCarthy about Rodgers. "The numbers speak for themselves."