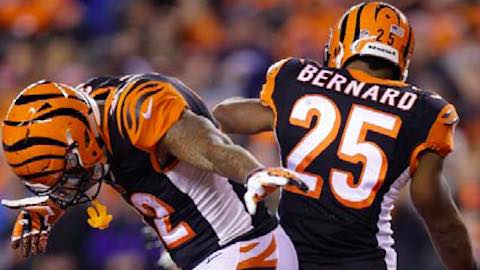 Last season, 12 NFL teams boasted two running backs with at least 400 rushing yards each for that team, including three playoff teams -- Cincinnati, Denver and Indianapolis. Despite the proliferation of the passing game, teams have continued to rely on different options in the backfield to gain an advantage.

"You need good running backs to win," says Tampa Bay head coach LOVIE SMITH. "You look at the teams in the playoffs. They all had big, good running backs who could move the ball. That will always be an important part of our game."

The Bengals would agree. Led by the versatile duo of Jeremy Hill and Giovani Bernard, Cincinnati had the third-best rushing attack in the AFC (134.2 yards per game) and won five of its last seven games to earn a playoff berth. The Bengals were the only team to have one running back that gained at least 1,000 rushing yards and a second back who amassed at least 600 yards. Hill finished the season fourth in the AFC with 1,124 rushing yards while Bernard added 680 yards.

"They've done a good job," says Bengals quarterback ANDY DALTON about Hill and Bernard. "It's good that we can flip them in and out. It's good to have different styles of guys." Denver's tandem of Pro Bowl running back C.J. ANDERSON (849 rushing yards) and RONNIE HILLMAN (434) helped the Broncos win the AFC West title.

"We like that group," says Denver head coach GARY KUBIAK about the Broncos' running backs -- Anderson, Hillman and MONTEE BALL. "That's a lot of young guys who all want to play, who all believe they can play and that's what you want."

Last season, Cleveland's running backs TERRANCE WEST (673) and ISAIAH CROWELL (607) became the first rookies in franchise history to each run for at least 500 yards in the same season. 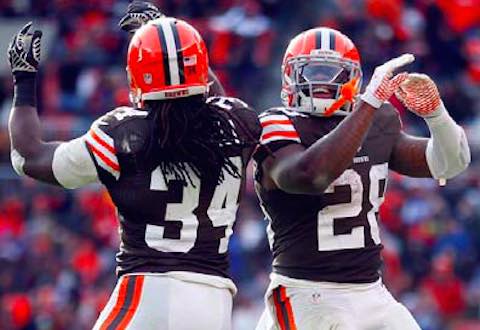 The NFL teams that had two running backs rush for at least 400 rushing yards each in 2014: