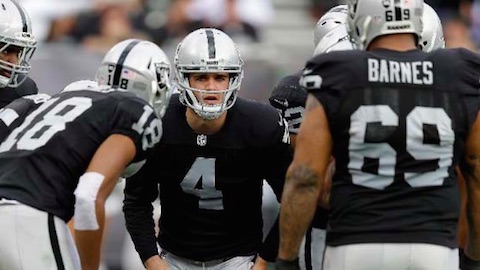 "Something big is going to happen," says NFL Network analyst and former NFL head coach BRIAN BILLICK. "Either you're going to convert in a crucial situation that keeps a drive alive or you get stopped. It's either a huge emotional lift for your team or a huge emotional drain."

The Oakland Raiders converted all four of their NFL Game Changers: Fourth-And-One Situations last season, finishing as the only team with a perfect mark in the category (minimum four attempts).

The Cincinnati Bengals converted five of their six fourth-down conversions, finishing second in the league with an 83.3 percent success rate.