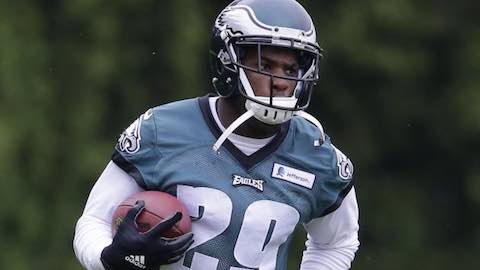 A tough, reliable running game allows an offense to command a game's pace. In the majority of contests, it can also control the game's result.

Running back DE MARCO MURRAY set Cowboys records for rushing yards (1,845) and 100-yard games (12) in 2014 and Dallas posted a 10-2 record when he rushed for 100 yards in a game. In 2015, Murray will be running the ball for head coach CHIP KELLY and the Philadelphia Eagles.

"Obviously, you just look at him statistically in terms of what he did," says Kelly about Murray. "You know what kind of workhorse back he is. He has unbelievable patience and vision. There's a toughness to him. He never really takes negative yardage plays." Over the past five years, teams have compiled a 395-163-5 record (.706) when a player has eclipsed the 100-yard rushing mark.

Winning percentage of NFL teams with a 100-yard rusher, 100-yard receiver, or 300-yard passer over the past five seasons