What To Look For Week 15 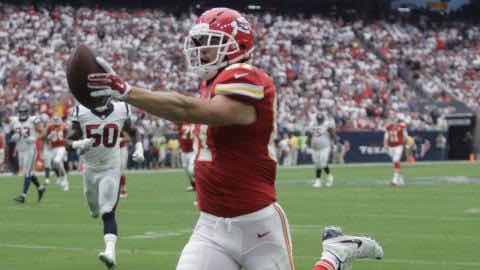 What To Look For Week 15

Race for the Playoffs: Stayin' Alive

With three weeks to play in the regular season, 25 teams remain in contention for a trip to Super Bowl 50.

That ties for the fourth-most teams remaining in contention with three weeks to play since the NFL instituted the 16-game schedule in 1978.

The most teams remaining in contention for a trip to the Super Bowl with three weeks to play since 1978:

With a win against Baltimore in Week 15, Kansas City would become the first team in NFL history to win at least eight consecutive games immediately following a losing streak of at least five games.

The teams with the most consecutive wins immediately following a losing streak of at least five games:

Arizona wide receiver LARRY FITZGERALD has 38 receptions for 650 yards and eight touchdowns in six career regular season games against Philadelphia, including at least one touchdown catch in each game.

With a touchdown catch against Philadelphia on Sunday Night Football, Fitzgerald would eclipse Pro Football Hall of Famer JERRY RICE (six), ISAAC BRUCE (six) and ROB GRONKOWSKI (six) for the second-most consecutive regular-season games with a receiving touchdown against an opponent to start a career since the 1970 AFL-NFL merger.

The players with the most consecutive regular-season games with a receiving TD against an opponent to start a career (since 1970):

In his previous three games, Mack has posted nine sacks, tied for the third-most sacks through any three-game span in a single season since the statistic became official in 1982.

The players with the most sacks over a four-game span in one season since 1982: PLAYERTEAMSEASON WEEKSSACKS OVER FOUR-GAME SPAN

Winston (18) can also move up the ranks this week at St. Louis on Thursday Night Football.

The rookie quarterbacks with the most touchdown passes in NFL history:

New York Jets wide receivers ERIC DECKER and BRANDON MARSHALL have both recorded a touchdown catch in seven games this season, tied for the most by teammates in a season in NFL history (1998 Minnesota: Pro Football Hall of Famer CRIS CARTER and RANDY MOSS).

The Redskins will bring back Super Bowl MVP MARK RYPIEN as an honorary captain and induct MONTE COLEMAN into their Ring of Fame during the halftime ceremony. The Raiders will celebrate their Super Bowl II team throughout the game and recognize RON WOLF. The 49ers will bring back their 1981 defensive line and their 1988 players to celebrate their Super Bowl XVI and XXIII teams. On Thursday Night Football, the Rams will celebrate Super Bowl XXXIV as the team will recreate "The Catch" by RICKY PROEHL during the 1999 NFC Championship Game and will have in-stadium activations for fans. The Cowboys will honor their Super Bowl XXX team with in-stadium activations as well.

Rematches and Homecomings are part of the NFL's On The Fifty platform, designed to link the past 49 Super Bowls with this year's game and honor the teams, players, coaches, fans and communities that have been a part of those games.

The Jacksonville Jaguars will also celebrate their Homecoming this week as NFL Legends will return to be honored by their teams and will reconnect with former teammates, club personnel and fans.

NFL Football: "What To Look For Week 15"