What To Look For Week 9 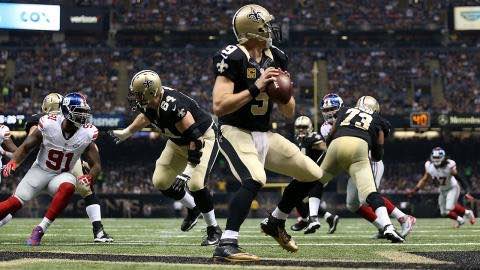 What To Look For Week 9

Since 2000, 35 teams have reached the halfway point of their season with a .500 or below winning percentage and proceeded to the playoffs, including at least one in each season.

Of those 35 clubs, five have advanced to the Conference Championship Game, including the 2001 New England Patriots, who won Super Bowl XXXVI.

The Green Bay Packers and the Indianapolis Colts both face opponents with 6-0 records or better for the second consecutive week.

Previously, only the 1934 Detroit Lions and 2004 Pittsburgh Steelers have played teams 6-0 or better in consecutive games.

The NFL quarterbacks with the most career passing yards in NFL history:

Manning, who will play in his 264th career game on Sunday, would surpass Favre's (302) record in 38 fewer games.

Manning already holds the record for most career passing touchdowns (537), surpassing Favre (508) in Week 7 of 2014.With a victory on Sunday, Manning (186) can also surpass Favre for the most career regular season wins of any starting quarterback in NFL history.

The quarterbacks with the most regular season wins:

With another performance of 300+ yards and two touchdowns against Chicago on Monday Night Football, Rivers would become the fourth quarterback in NFL history to accomplish the feat in six straight games. DREW BREES (eight), PEYTON MANNING (seven) and Pro Football Hall of Famer STEVE YOUNG (six) are the only other quarterbacks to pass for 300 yards and two touchdowns in at least six consecutive games.

New Orleans quarterback DREW BREES, who has 50 consecutive games at home with at least one touchdown pass, can extend his record streak in Week 9 when the Saints host Tennessee.

NFL Football: "What To Look For Week 9"