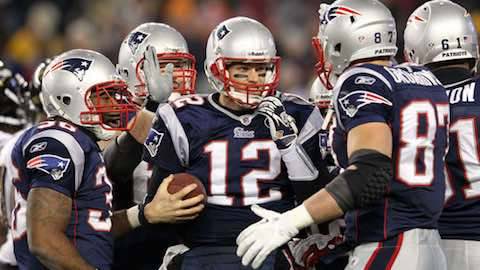 "We've got to find a way each week to put ourselves in a position to win," says Denver head coach GARY KUBIAK. "And I think we've got a tough month heading our way and we better take it one day at a time."

Eleven of 16 AFC clubs currently have at least five wins and are in the thick of the playoff hunt.

"Everything is still out there in front of us," says Indianapolis head coach CHUCK PAGANO, whose Colts are vying for their third consecutive AFC South title. "All the goals that we set out to reach are still attainable. It all starts this week and all we need to be is 1-0 come Sunday afternoon."

The road to a Super Bowl championship often begins with a successful run up to the playoffs.

Since the advent of the 16-game schedule in 1978, the Super Bowl championship teams have posted a combined record of 112-36 (.757) in the final four games of the regular season in their title seasons. Twenty-eight of those 37 Super Bowl winners (75.7 percent) won at least three of their final four regular-season games during that span, and 35 of 37 (94.6 percent) won at least two of their last four contests to finish the regular season.

New England has posted an NFL-best 17-3 (.850) record in the final four games of the regular season since 2010, including a 3-1 record down the stretch last season en route to a Super Bowl XLIX title.

The teams with the best records in the final four games of the regular season since 2010:

Two of the most successful "final four" quarterbacks will hit the road this week, as TOM BRADY's Patriots travel to Houston to face the Texans, who are tied for first place at 6-6 in the AFC South, and PHILIP RIVERS' San Diego Chargers will face the Chiefs in Kansas City.

Rivers is 30-6 (.833) all-time in the final four games of the regular season, the highest winning percentage among quarterbacks since 1970 (minimum 20 starts). Brady ranks second during that span, with a 43-9 (.827) record in such games.

The quarterbacks with the best records in the final four games of the regular season since 1970 (minimum 20 starts):

"This is the time of the season where we really need our playmakers to make plays," says Arizona safety TYRANN MATHIEU, who was named the NFC Defensive Player of the Month in November. "December football is very important. We just have to continue to get better."

"The games in December are the most important regular-season games by far," says NFL Network analyst and former NFL head coach STEVE MARIUCCI. "It's extremely important to win in December and to make a run at the playoffs and show improvement. You want your team to peak in December. It's important to stay healthy and keep your players fresh. You remember what happens in December."

"We're playing December football now and it's good to have these games be meaningful," says Washington linebacker RYAN KERRIGAN. "This is going to be an exciting time."