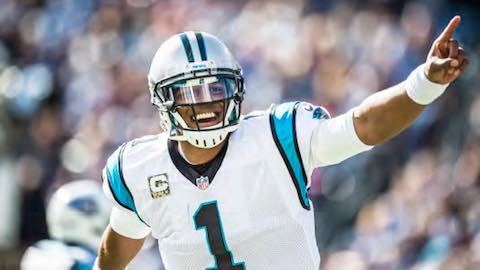 The Carolina Panthers are 10-0 for the first time in franchise history and will face the Dallas Cowboys on Thanksgiving Day (CBS, 4:30 PM ET). Dating back to last season, the Panthers have won 14 consecutive regular-season games, the longest active streak in the NFL.

Carolina, who will play on the holiday for the first time in franchise history, will join the 2011 Green Bay Packers (10-0) as the only teams in the Super Bowl era to play on Thanksgiving Day with a 10-0 record or better.

"It's an honor to get to play on Thanksgiving," says Panthers quarterback CAM NEWTON, who tied a franchise record with five touchdown passes in last week's 44-16 win over Washington. "It feels great to be 10-0. But we have a short week and we've got to get ready for Dallas."

At 10-0, the Panthers have joined some elite company. Entering 2015, 15 teams started a season 10-0 during the Super Bowl era. Of those 15 clubs, all 15 qualified for the playoffs, nine advanced to the Super Bowl and six of those teams won the Super Bowl.

"The biggest thing we have to understand is that we have to maintain our focus," says Panthers head coach RON RIVERA about being 10-0. "Teams are going to come in and give us their best shot so we have to respond by playing our best."

The Panthers, who finished the 2014 season with a 7-8-1 record, are the first team in the Super Bowl era to start 10-0 in the season following a losing campaign.

"It's an honor to get to play on Thanksgiving," says Newton.

The Cowboys are 29-17-1 on Thanksgiving and have won six of their past nine on the holiday. Dallas quarterback TONY ROMO, who returned last week to lead the Cowboys to a 24-14 win at Miami, is 4-0 in his career against Carolina and 6-2 as the starter on Thanksgiving. Romo, who is 3-0 as the starting quarterback this season, connected with wide receiver DEZ BRYANT on the pair's 50th career touchdown pass last week, surpassing Pro Football Hall of Famers TROY AIKMAN and MICHAEL IRVIN for the most by a QB-WR duo in team history.