Week 12 Kicks Off With Thanksgiving Tripleheader 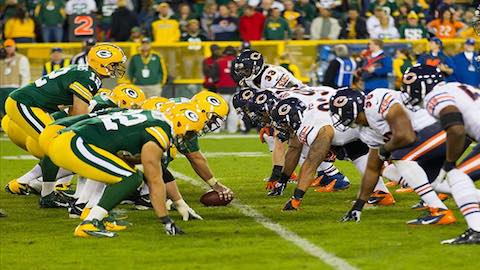 Week 12 Kicks Off With Thanksgiving Tripleheader

The NFL enters Week 12 and the action begins with a tripleheader on Thanksgiving Day.

Among the teams in action on the holiday are the Carolina Panthers, who improved to 10-0 for the first time in franchise history with a 44-16 win over Washington. The Panthers will join the 2011 Green Bay Packers (10-0) as the only teams in the Super Bowl era to play on Thanksgiving Day with a 10-0 record or better.

"It feels great to be 10-0," says Panthers quarterback CAM NEWTON, who tied a franchise record with five touchdowns in the win over Washington. "It was a great team win. But we have a short week and we've got to get ready for Dallas."

Week 12 kicks off on Thursday with a Thanksgiving tripleheader for the 10th consecutive year. Traditional competitors Detroit and Dallas will host games during the day followed by a primetime nightcap on NBC. The week continues with a full slate of games on Sunday and concludes on Monday night when the Cleveland Browns host the Baltimore Ravens (ESPN, 8:30 PM ET).

The three Thanksgiving games and some of the other key contests in Week 12:

"We're moving on and getting ready to play Detroit," says Eagles head coach CHIP KELLY. "I think we have a really good football team and I'm very confident in these football players."

"It's an honor to get to play on Thanksgiving," says Newton.

The Cowboys are 29-17-1 on Thanksgiving and have won six of their past nine on the holiday. Dallas quarterback TONY ROMO, who returned last week to lead the Cowboys to a 24-14 win at Miami, is 4-0 in his career against Carolina and 6-2 as the starter on Thanksgiving. Romo, who is 3-0 as the starting quarterback this season, connected with wide receiver DEZ BRYANT on the pair's 50th career touchdown pass last week, surpassing Pro Football Hall of Famers TROY AIKMAN and MICHAEL IRVIN for the most by a QB-WR duo in team history.

The Packers will host their first Thanksgiving Day game since 1923, when the team defeated the Hammond Pros 19-0. Green Bay quarterback AARON RODGERS has 14 touchdowns, two interceptions and a 112.4 passer rating in seven career games on Thursday. In his past three starts against the Bears, Rodgers has 13 touchdowns, no interceptions and a 146.7 passer rating. The Packers won at Minnesota in Week 11 to improve to 7-3 and move back into a tie with the Vikings for first place in the NFC North.

"That was a real good team win," says Green Bay head coach MIKE MC CARTHY. "I feel good about the way we played in all three phases. We've still got things to improve on and we've got to turn around quickly and get ready for Chicago."

The Vikings and Falcons enter Week 12 currently in playoff position. Both teams will try and bounce back from a loss in Week 11.

Atlanta currently has the top two players in yards from scrimmage this season in wide receiver JULIO JONES (1,189 yards) and running back DEVONTA FREEMAN (1,184). Jones, who had nine catches for 160 yards last week, leads the league with 89 catches, tied with MARVIN HARRISON (2002) for the most receptions in a team's first 10 games in NFL history.

"We just have to keep working," says Jones. "We're still in it. We need to get on a roll."

The Buccaneers have climbed into the postseason picture and aim for their third consecutive win. Last week, Tampa Bay became the first team in NFL history to have a quarterback (JAMEIS WINSTON) pass for at least five touchdowns and a running back (DOUG MARTIN) rush for at least 200 yards in a road game. Winston became the second rookie quarterback in NFL history to have five touchdown passes and no interceptions in a game (RAY BUIVID, December 5, 1937) and Martin recorded his second career 200-yard rushing game.

"Anybody that knows football can see there's a bright future here," says Tampa Bay head coach LOVIE SMITH. "We feel like we're a good football team right now. There's a lot of football left to go. All of our goals we set at the start of the season are there for us. That is taking it one game at a time. Three wins in a row is what we're trying to get done this week."

Colts quarterback MATT HASSELBECK, who turned 40 earlier this year, improved to 3-0 as the team's starter and joined Pro Football Hall of Famer WARREN MOON (four) and BRETT FAVRE (four) as the only quarterbacks in the Super Bowl era to win at least three consecutive starts after their 40th birthday. Indianapolis has now won two games in a row and are tied with Houston for first place in the AFC South.