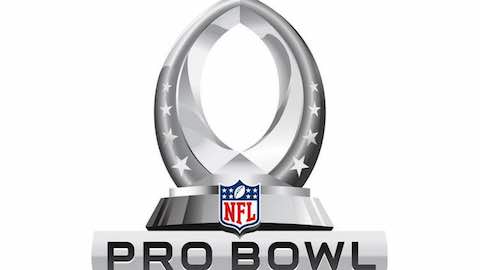 The Carolina Panthers placed a league-best 10 players in the 2016 Pro Bowl presented by USAA, which will be played on Sunday, January 31, 2016 and televised live on ESPN at 7:00 PM ET from Aloha Stadium in Honolulu, Hawaii.

The Pro Bowl players were determined by the consensus votes of fans, players and coaches. Each group's vote counted one-third toward determining the 86 Pro Bowl selections announced today. Two additional "need" players will be chosen by each head coach and must be long snappers. The NFL is the only sports league that combines voting by fans, coaches and players to determine its all-star teams. In 1995, the NFL became the first professional sports league to offer online all-star voting.

Players will be assigned to teams through the Pro Bowl Draft presented by USAA, which will air on Wednesday, January 27 on ESPN2 (7:30 PM ET). Two Pro Football Hall of Fame wide receivers -- MICHAEL IRVIN and JERRY RICE -- will serve as NFL Legends captains for the 2016 Pro Bowl. Irvin and Rice return for the second time after being the winning captains during the previous two Pro Bowls.

The Pro Bowl will continue using the revised game format that debuted with the 2014 game, with NFL Legends captains having final say over Pro Bowl Draft decisions. The Pro Bowl will remain "unconferenced," with several key playing rules changed. Players were selected without regard to conference in voting by fans, coaches and players and will later be assigned to teams via the Pro Bowl Draft.

Twenty-five of the players named to the Pro Bowl today are first-time All-Stars, including three rookies -- running back TODD GURLEY of St. Louis, return specialist TYLER LOCKETT of Seattle and cornerback MARCUS PETERS of Kansas City.

The AFC had 38 different players named All-Stars and 48 NFC players were honored.

Twenty-six teams had at least one player selected to the 2016 Pro Bowl and 21 clubs had multiple players chosen as All-Stars.

The 2016 Pro Bowl coaching staffs will be from the losing teams in the AFC and NFC Divisional playoffs with the best regular-season records.

Tickets to the 2016 Pro Bowl are on sale through ProBowl.com. Fans may also purchase individual game tickets through Ticketmaster by calling 1-800-745-3000. Tickets start as low as $30.

Special group ticket packages, including access to gameday and Pro Bowl practice experiences, are also available directly through the NFL. Fans can visit ProBowl.com or call 1-844-4PB-TKTS for more information.

The 2016 Pro Bowl presented by USAA is an extension of USAA's Official Military Appreciation Sponsorship of the NFL, which delivers military appreciation experiences to military, veterans and their families at NFL games, training camps and on military bases throughout the NFL season. USAA and the NFL will honor the more than 50,000 military men and women in Hawaii with a number of military appreciation initiatives throughout the week of Pro Bowl. As a reflection of USAA's mission to support military through its sponsorship, the 2016 Pro Bowl Draft presented by USAA will take place at Wheeler Army Airfield. During the week, USAA will also honor and commemorate the 75th anniversary of the attack on Pearl Harbor.