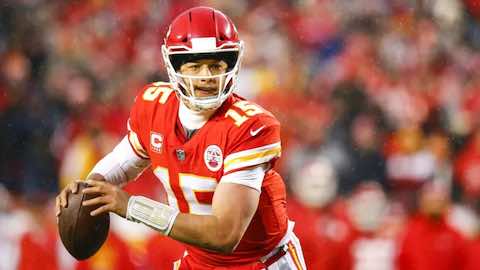 The 2018 season was Kansas City quarterback Patrick Mahomes' first as a full-time starter and it resulted in a historic Most Valuable Player award. Mahomes finished the season with 5,097 passing yards and a league-high 50 touchdown passes while leading Kansas City to its first AFC Championship Game since 1993.

A Pro Bowler and first-team All-Pro selection and the 10th overall pick by the Chiefs in the 2017 NFL Draft, Mahomes became the youngest MVP since Pro Football Hall of Famer Dan Marino in 1984.

"When you look at [Patrick Mahomes'] season and compare it to some of the great ones we've ever seen over the years, he's right there." - Chiefs Head Coach Andy Reid on Mahomes