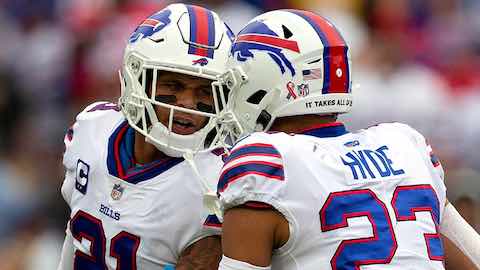 Introduced in 2020 and continuing for a third-consecutive season, a total of 14 teams -- seven each from the AFC and the NFC -- will make the NFL postseason.

Super Wild Card Weekend winners join the top seeds in each conference in the Divisional Playoffs on Saturday and Sunday, January 21-22. The AFC and NFC Championship Games will be played on Sunday, January 29. The winners meet two weeks later on Sunday, February 12, in Super Bowl LVII at Arizona’s State Farm Stadium (FOX), marking the first time the league’s final game is played in Arizona since Super Bowl XLIX following the 2014 season.

Since 1990 -- a streak of 32 consecutive seasons -- at least four new teams have qualified for the playoffs that missed the postseason the year before, including seven of the 14 playoff teams in 2021.

The 2021 Postseason Was One Of The Most Exciting and Dramatic in NFL History.

The Los Angeles Rams won Super Bowl LVI and for a 17th consecutive season, the NFL has a new Super Bowl champion, extending the longest streak without a repeat winner in league history.

Both Conference Championship games were decided by three or fewer points for the second time ever (2011).

For the first time ever, all four Divisional Round games were decided by a game-winning score on the final play, the most such games in a single postseason all-time.

Three road teams won in the Divisional Round for third time in NFL history (2008 and 1971).