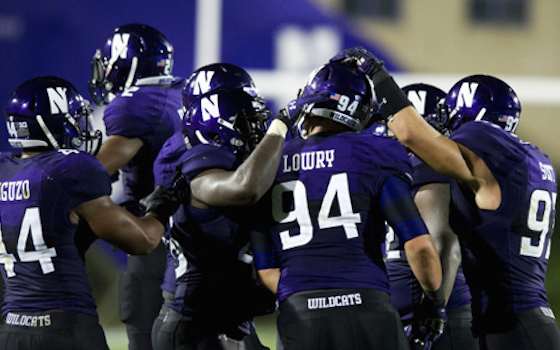 Even a former cornerback who failed to graduate from Whatsamatta U. can deduce what will happen to college football in America.

Football's past may have been all about raccoon coats and chants of Boola-Boola. But the future of college football will be written along the .

So after decades of making piles of treasure by exploiting college football players, universities are finally worried. But not about the players. The reason?

A National Labor Relations Board regional director ruled last week that football players can be considered employees. And employees can form unions.

Unionized college players will demand better deals. They might even strike. Elected officials will enlist the players as shock troops in political class wars.

Colleges might outsource their football teams to impoverished nations to save on labor costs. They might find cheap running backs for or a day in , culling players from the children of Nike shoe factory employees.

Some colleges will relocate their teams to the (for tax purposes only), requiring a slight alteration to their logo:

Others might set up four-year adjunct programs in , where the banks are reliable and discreet. The Geneva Buckeyes? The Arizona State Chocolatiers?

Eventually, at some ivy-covered campus, a shiny black Escalade will pull up in front of the comparative literature department. The union rep steps out, and grabs a department chairman by her bony, tweedy elbow.

Chairman Pecksniff: "Unhand me, you barbarian!"

Bruno the Union Guy: "Come on, Ms. Pecksniff. So my guy didn't know was turned into some kinda cockroach. Big deal. He's a linebacker! ain't no linebacker! Gimme a break on this one, Pecksniff, and I won't forget the favor."

This isn't some nightmare. It is political extrapolation.

The early NLRB ruling -- which applies only to private universities -- is preliminary. The full NLRB will have to rule as well. But more rulings will follow, and public university teams will organize, so the players might as well just sign up now with Local 1001.

At , I'd often see several of the laborers union bosses. One was a movie projectionist on the side. He must have known somebody.

Another labor boss could often be found at a Polish sausage stand near , down by the viaduct.

And yes, true to type, they'd show up in a black Cadillac. But they didn't scream or make fists. Some only whispered.

Now, with the inevitable happening, those who whine about the potential for college players to be paid should take a look at the TV network contracts.

The schools make millions. The networks make a pile, too. The sponsors sell their beer and chips and cars. The gambling sites make money, as do the bookies. The college game rolls in cash.

But what do the athletes make? They get their tuition paid.

And if the kid is hurt as a freshman, he can be harassed and embarrassed until he quits and relinquishes that Division I scholarship.

The money and the threat of losing the scholarships are the reasons college football is in trouble. But there is a way to save the college game.

Just look up a fellow who worked in during the Depression, a guy by the name of .

Hutchins was the president of the in those days, when the university was a national football powerhouse. The first Heisman Trophy winner was a U. of C. back named , who was awarded the trophy in 1935.

America's football mania turned Hutchins' stomach. The game didn't bother him as much as the hype, the crooked recruiting, the corruption and the gambling.

So in 1939 he astonished the nation, and angered the sportswriters, by dropping varsity football from the U. of C.

"College football: I do not see the relationship of those highly industrialized affairs on Saturday afternoons to higher learning in America," Hutchins said.

"Football has done much to disseminate and confirm the popular misconception that a university is either a kindergarten or a country club."

When I was a high school football player, I thought Hutchins was a monster. It was only later that I realized he was a hero.

Of course, football is back at the U. of C., only now, they don't run a big-time program. They're in Division III.

They play before smaller crowds. They don't get full rides. The coaches don't have multimillion-dollar shoe contracts. The bookies don't care.

Those young people who care more about sports than academics should go pro, where unions are already allowed. Let the pros establish minor leagues instead of using the colleges for that, the way it is done by professional soccer teams in and the rest of .

Take the money out of football, and the hustlers, pimps and weasels will go elsewhere.

But if you leave the money in the game, don't fool yourself: It might look like pure sport, but it's as ripe as politics.