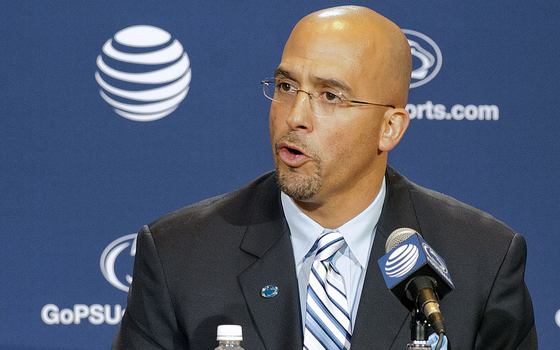 Michelle Rodino-Colocino, a Penn State professor in the college of communications, started a petition on change.org calling for the Penn State Board of Trustees and the Penn State football search committee to not hire Franklin.

With the Nittany Lions still recovering from the Jerry Sandusky child sexual abuse scandal, Rodino-Colocino believes Franklin is not the right man.

Franklin, who coached Vanderbilt for three years, came from a team affected by a sexual assault scandal.

Last year, four Vanderbilt players were charged with raping a woman. A fifth was charged with covering up the rape and later pled guilty. The other four await trial. All five were dismissed from the team by Franklin.

According to several media accounts, the prosecution has cleared Franklin of any wrongdoing. An attorney for one of the defendants has called for the release of text messages sent by coaches regarding the incident. Franklin also could possibly be called to testify if and when the case goes to trial.

"These key decisions are very symbolic," Rodino-Colocino said. "I think they are so vital not just to our image but to doing the work to stop rape culture. I was happy with Bill O'Brien, but if they go forward with James Franklin I feel that's a step back."

Rodino-Colocino started the online petition Friday morning. As of Friday evening more than 300 people had signed it.

The professor said the response she had gotten was mostly positive. She had heard from alumni and fellow faculty members of Penn State, as well as faculty from other universities.

Rodino-Colocino said they are concerned about the message being sent and how it might reflect on Penn State. "Even if all our administration cares about is our brand image and our legal liability," she said. "What's going to happen when the trial happens?"

However, Marc Jampole, principal of the PR firm Jampole Communications, disagrees. He said the state of Tennessee's clearing Franklin of wrongdoing gives Penn State justification for hiring him.

"If we were to disqualify every football coach whoever had a player who was accused of rape, there wouldn't be a lot of coaches left," Jampole said. "It's a sad thing, and I'm completely on the side of the victim."