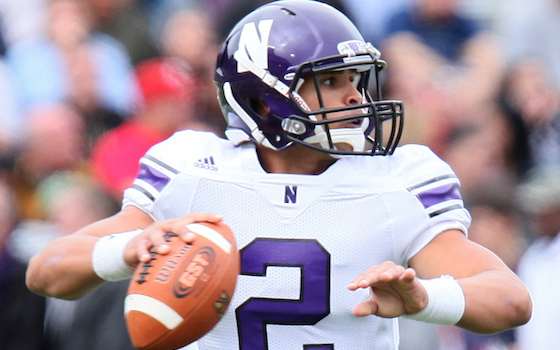 Northwestern Wildcats coach Pat Fitzgerald says he's happy to move the conversation toward football and away from union matters.

He expressed his sentiment in relation to Wednesday's ruling of the National Labor Relations Board that the players are employees under the definition established by federal labor law.

"So, as I move forward, I'm coaching my football team, and that's my focus," said Fitzgerald.

Fitzgerald still has to address players as they left for break between the winter and spring quarters.

He said the issue has not been a distraction for his program and that his relationship with his players has been "outstanding" and will not change.

The NLRB has ordered an election among all Northwestern scholarship football players with eligibility remaining.

Northwestern has said it will appeal the decision.

The situation was triggered by the announcement last Jan. 28 of former Northwestern quarterback Kain Colter, the College Athletes Players Association and the United Steelworkers to form the union.

Fitzgerald had testified against the union on Feb. 21.

He said then that he tells players that academics "is their priority," and he had said he has known players who ended up going to medical school. Fitzgerald also cited his time juggling football and academics when he was an All-American linebacker at Northwestern in the 1990s.