Mike Montgomery Pushes for Travis DeCuire as Replacement at Cal 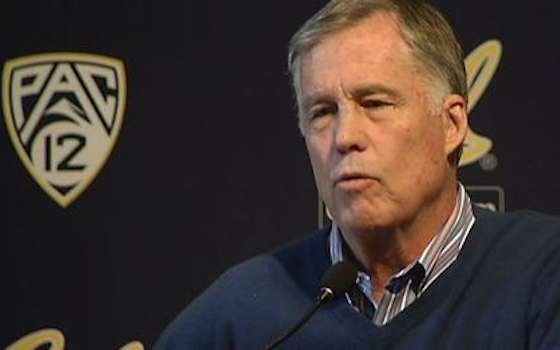 Mike Montgomery Pushes for Travis DeCuire as Replacement at Cal

After announcing his retirement as Cal's basketball coach, Mike Montgomery is now pushing for the appointment of assistant coach Travis DeCuire as his replacement.

"We've got the guy in this room who should have the job -- my assistant Travis (DeCuire). I hope Sandy comes to that conclusion," Montgomery said in a Monday news conference at Haas Pavilion. "Our players trust Travis. That is huge in today's business."

Athletic director Sandy Barbour, who hired Montgomery, now has to replace the coach who posted a 130-73 record at Berkeley and took four Cal teams to the NCAA Tournament.

Earlier, Barbour said the search for a replacement will be a national one and will begin immediately.

Barbour has retained the same search firm, DHR, that she used in identifying Sonny Dykes as the right fit to succeed Jeff Tedford as football coach in 2012. Barbour will talk to candidates for the job at this week's Final Four in Arlington, Texas.

"While we continue to celebrate Mike's career today, I will certainly turn my attention to the best-fit candidate for the job," Barbour said.

"We will do a national search. I don't think you can replace Mike Montgomery. He and his staff have made this an incredibly attractive job. I expect this job will have great, great national interest," she added.

If it was up to Montgomery, the job would go to DeCuire, a former player at Montana. It was largely DeCuire's work as a recruiter that brought Jabari Bird, Tyrone Wallace and Jordan Mathews, among others, to Cal.

The 43-year-old DeCuire has been on Montgomery's staff since he came to Cal in 2008 and has the title of associate head coach as his top aide.

"Certainly Mike's opinion about who has the ability to be successful here ... of course that carries weight with me," Barbour said. "His opinion carries great weight with me."

"I really hope she makes the right decision. I really do," Montgomery said. "I think it's a win-win."

Montgomery crafted a remarkable career while essentially remaining in one place, the Bay Area. After an eight-year run at Montana from 1978 to 1986, the next 26 years were all spent locally: 18 at Stanford, two with the NBA's Warriors and six at Cal.

In 32 seasons as a college coach, Montgomery's teams made the NCAA Tournament 16 times. His Stanford teams reached the Sweet 16 in 1997, the Final Four in 1998 and the Elite Eight in 2001. Under his direction Stanford won the NIT in 1991.

"Mike Montgomery Pushes for Travis DeCuire as Replacement at Cal"