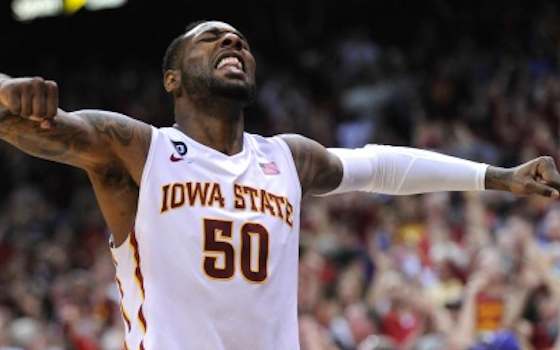 DeAndre Kane had 24 points and 10 rebounds as the Iowa State Cyclones edged the North Carolina Tar Heels, 85-83 Sunday at AT&T Center to advance to the Sweet 16.

Kane scored 15 points in the first period including Iowa State's last nine as the Cyclones took a 40-37 lead at halftime.

But Iowa State scored eight unanswered points with Naz Long and Morris hitting 3-pointers and Ejim adding a layup to tie the game at 76.

The game was tied at 81 with 50 seconds left after the teams exchanged baskets.

Then Ejim had a steal against Marcus Paige that led to an assist to Kane for the winning layup with 1.6 seconds left.

Paige led North Carolina with 19 points and Kennedy Meeks had 15 points and 13 rebounds.