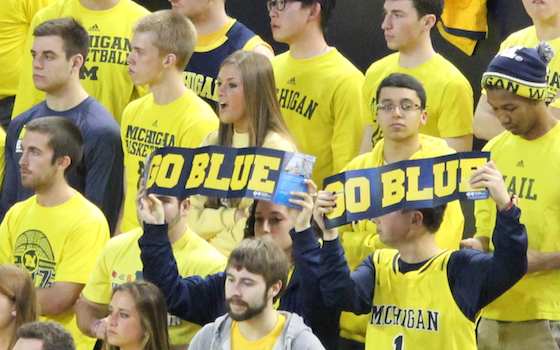 Jordan Morgan had 15 points and seven boards as the Michigan Wolverines outlasted the Tennessee Volunteers, 73-71 Friday at Lucas Oil Stadium for a second straight trip to a regional final.

Michigan led by as much as 13 in the first half and had a 45-34 advantage at halftime.

Tennessee answered with a 9-2 blast as Armani Moore scored four pointsto cut the deficit to 62-56 with 6:45 left

Nik Stauskas had five points and Derrick Walton Jr. hit a 3-pointer as Michigan outscored Tennessee, 8-4, to push its lead to 70-60 with 3:40 to go.

With just six seconds left, Tennessee's Jordan Morgan drew a foul against Jarnell Stokes to regain possession and earn a win for Michigan.

Stauskas made a free throw for the final score.